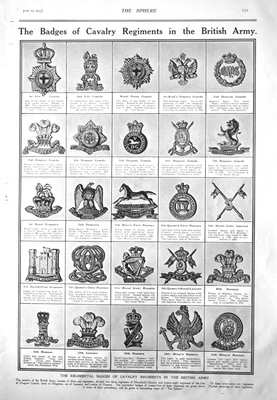 The Badges of Cavalry Regiments in the British Army.

Badges shown are of the following.