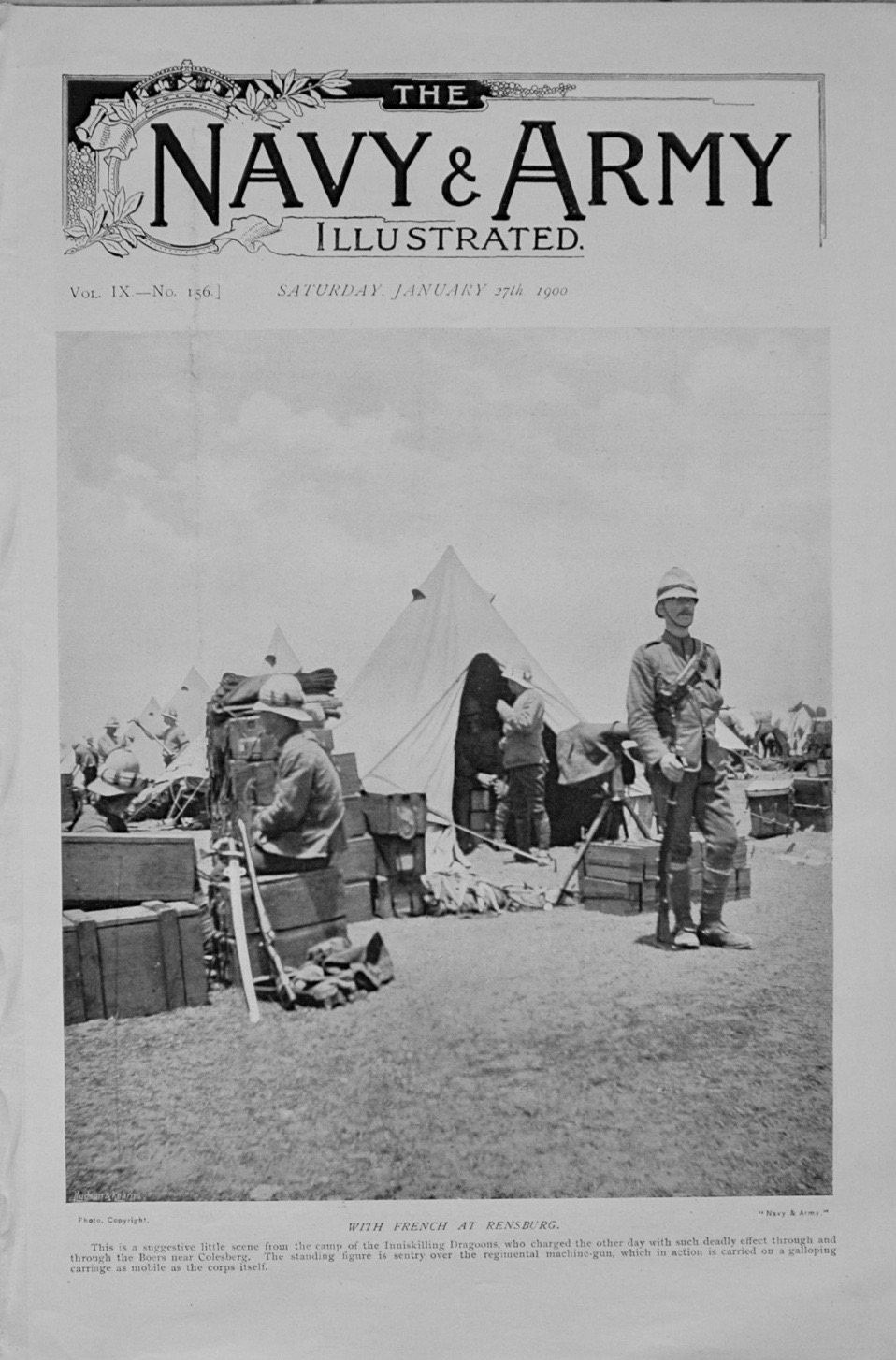 For sale is a copy of Navy & Army Illustrated, January 27th, 1900.  This was removed from a disbound volume and has some repair to the spine where the binding was and some loose pages.  Overall condition is good.

Front page photo:  'With French at Rensburg' and descriptive text.