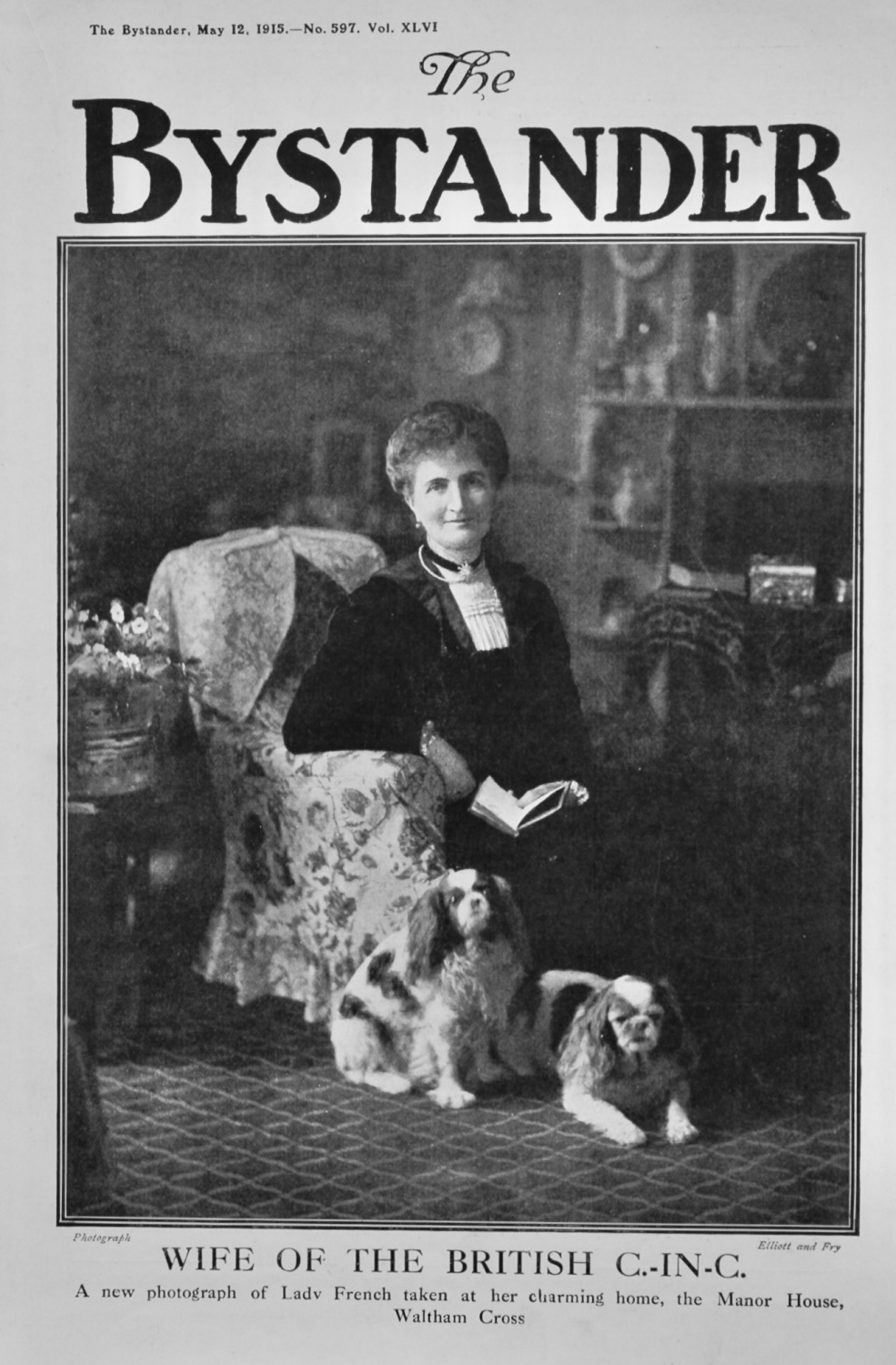 The Front Page is called "Wife of the British C.-In-C." - a new photograph of Lady French taken at her charming home, the Manor House, Waltham Cross.

Bystander War Comments - by The Editor.

Full Page Picture called -" In Ephesus - Once "- before War brought it into the Sphere of Bloodshed.

Full Page Picture called -"A Coachman of Renown" - Mr Alfred Vanderbilt reported to be among the Drowned on the "Lusitania."

"In England now" - a Letter from "Blanche" to a Cousin in the Colonies.

"A Bride of Last Week" - Lady Constance Malleson. This Page has a Library Stamp on the Margin.

"A  'Drop' of Whisky" - Full page picture by Hickling.

The Neutrality of England - its Cause and Cure. by V.C.

"As it does Happen" by S.Cummin. A story taken from Real Life.

"The Education of the Masses" Double page Picture by Douglas Mackenzie.

Somewhere in Flanders - by Jack Johnson,  a Weekly Letter from an Officer at the Front.

"The Perils of the Deep" by R.Arai. - 7 Sketches recorded by our Japanese Artist on his return to England.

Coughs ! - German "Pepper Shells " in Poland. by our Correspondent with the Russian Armies.

Full Page Picture - " Has anybody Here Seen Djemal ? " - The British Imperial Troops Watch on the Desert.

"Grimness and Gaiety at the Theatre" by Jingle.

Books of the Week by R.S.