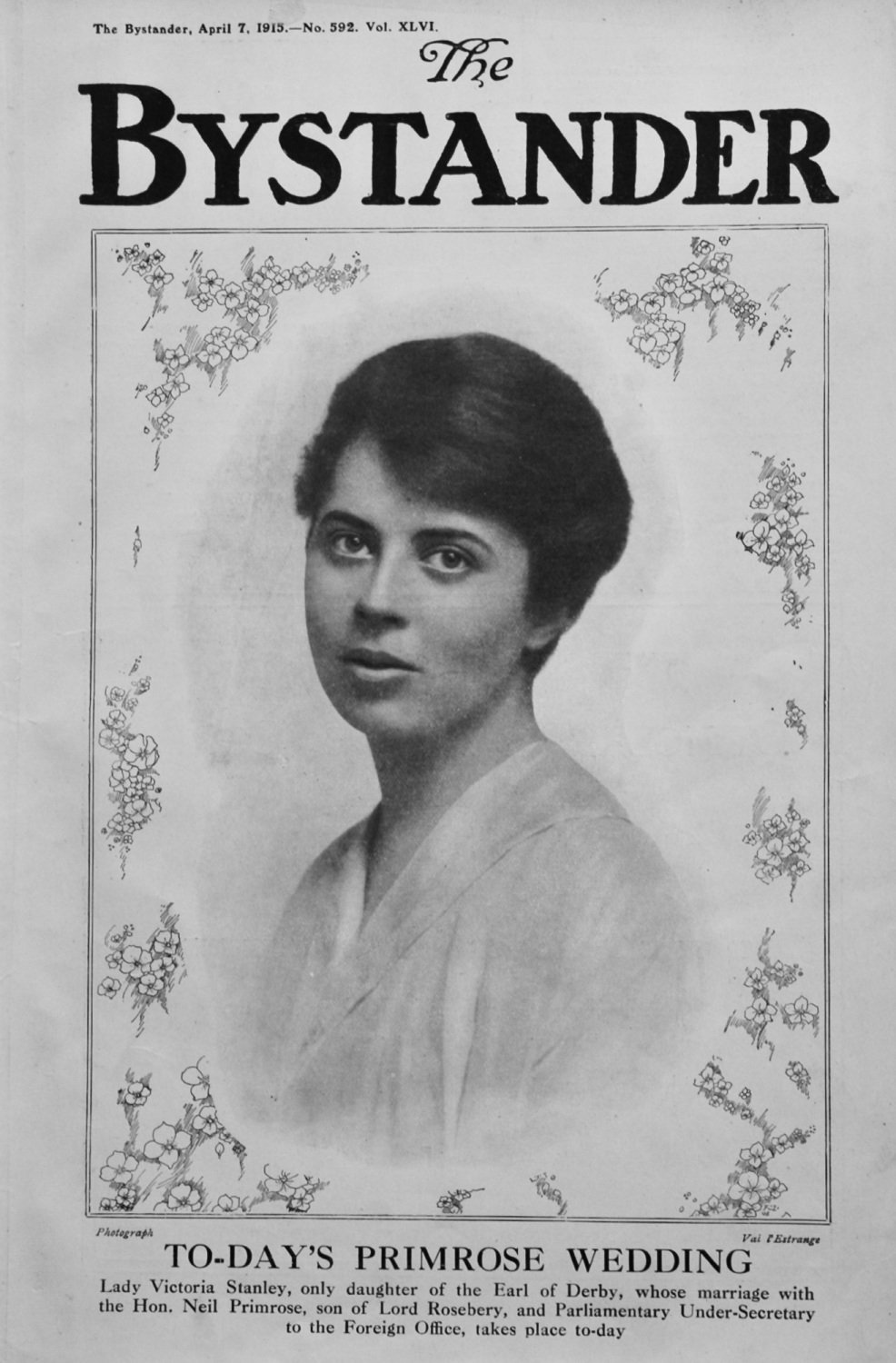 This Issue contains 18 Pages, 36 sides, and has been taken from a Bound Volume and has the Binding Holes showing. The Front Page is almost Detached from the rest of the Magazine.

Front Page is Called " To-day's Primrose Wedding" it is a Portrait of Lady Victoria Stanley, only Daughter of the Earl of Derby.

Bystander War Comments. - by the Editor.

Full Page Illustration called - "The Brand of Cain" - Portraits of 3 Murderers of the Moment (marked with a cross). The Kaiser, Admiral von Tirpitz, and the German Chancellor.

"Between Two Fires" - The Last Extremity of our Former Friend, The Turk.

"In England Now" a Letter from "Blanche to a Cousin in the Colonies.

Their One Ambition - by A Medical Student.

Christianity and the War  by The Bystander.

Double Page of Photographs - "Far from the Madding War" - Photographs of Americans interested in an Exposition and South Africans in Scenery.

Art Moods in War-Time - showing My Kay Nielson's Novelties and the London Group. by Egan. This Page has a Library Stamp on it in the Top Margin.

Full Page Photograph of Miss Viola Tree who is Playing Mrs Audley in "Dinner for Eight" at the Ambassadors Theatre.

A New Comedy and some new Comicalities at the Ambassadors, - by Jingle.

Sketches at the Ambassadors by Norman Morrow.

"What the Germans Read" - by Verax.

"Somewhere in Flanders" - A Weekly Letter from an Officer at the Front, by Jack Johnson.