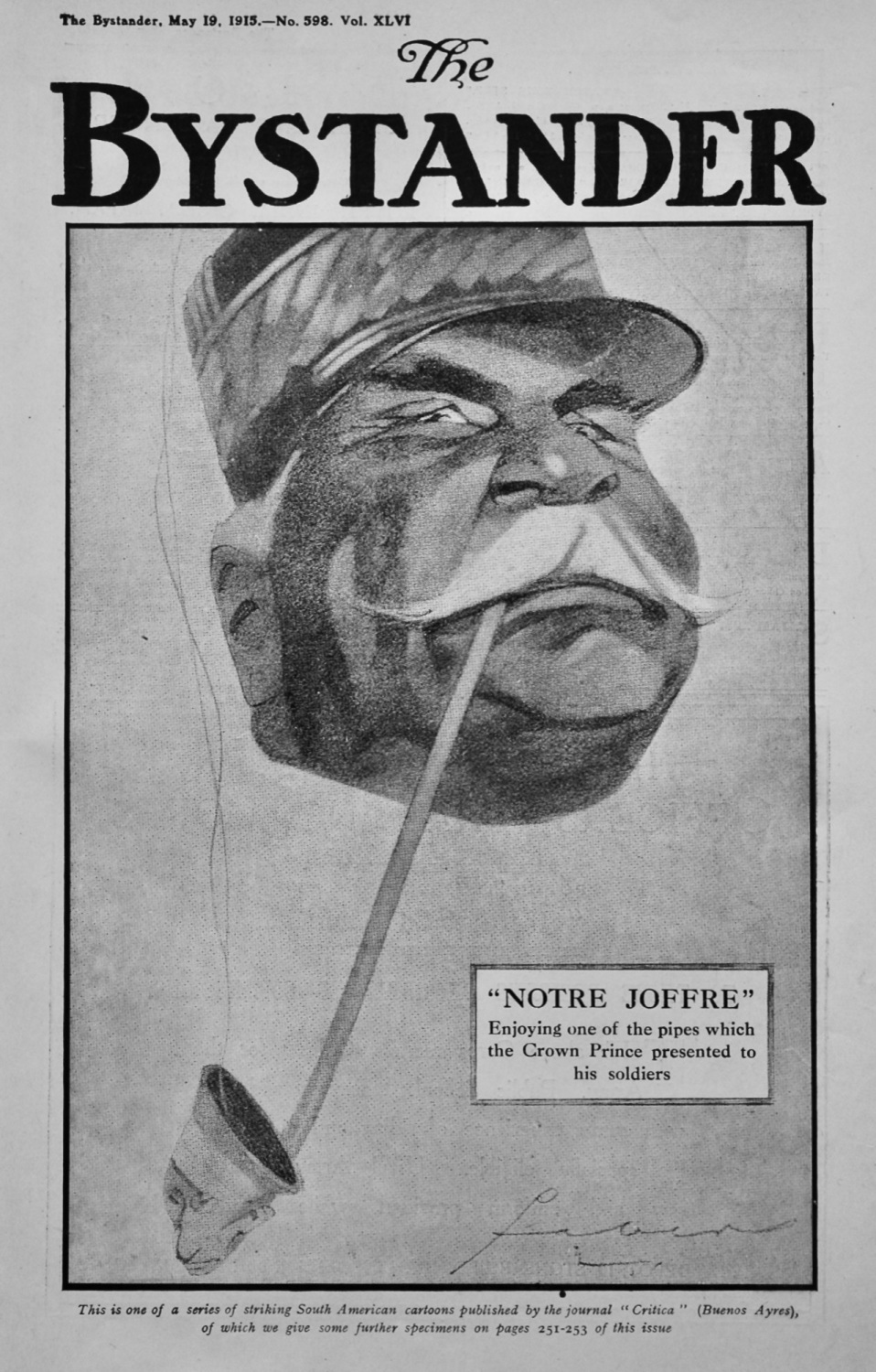 This Copy has 20 Pages, 40 Sides, it was taken from a Bound Volume and has the Binding Holes Showing.

Front Page is one of a series of South American Cartoons called "Notre Joffre" - Showing him enjoying one of the Pipes the Crown Prince presented to his Soldiers.

Bystander War Comments - by The Editor.

Full page called "All Our Eyewitnesses - And One of the Enemy's " Showing 5 Photographs.

"In England - Now!" - A Letter from "Blanche" to a Cousin in the Colonies. with a Picture of The Hon. Mrs Howard.

The Neutrality of England. - Has the "Lusitania" Broken the Spell.

"The Lighter Side of Voluntarism". Two Half Page Cartoons.

"At the Cross" by the Bystander in Rome.

The Occasion that didn't provide Italy with the chance to Declare War against Austria.

"The King's Example" by a somewhat reluctant Follower. by W Hodgson Burnet.

Full Page Cartoon - "William the Demented" What Argentina Thinks of the Kaiser and the Germans in General.

4 War Cartoons Depicting What Argentina thinks of the Germans.

Full Page Drawing by E.Matania called "No Surrender!" - an actual incident in the German Occupation of Vailly, where a Dog stayed behind to defend his ruined home.

"Somewhere in Flanders" - A Weekly Letter from an Officer at the Front. by Jack Johnson.

Discovery of the "Britoruss". By the Bystander in Poland.

"Can War be Polite" - by A Stranger Within.

London Nights Entertainments - "The Right to Kill" at His Majesty's by "Jingle". together with a Full Page of Sketches called "A Melodrama of Murder". by Norman Morrow.

A Book about Authors - Mr Douglas Sladen's Reminiscences. by R.S.

The Aerial Motor in Warfare by Alex. J. Gray.