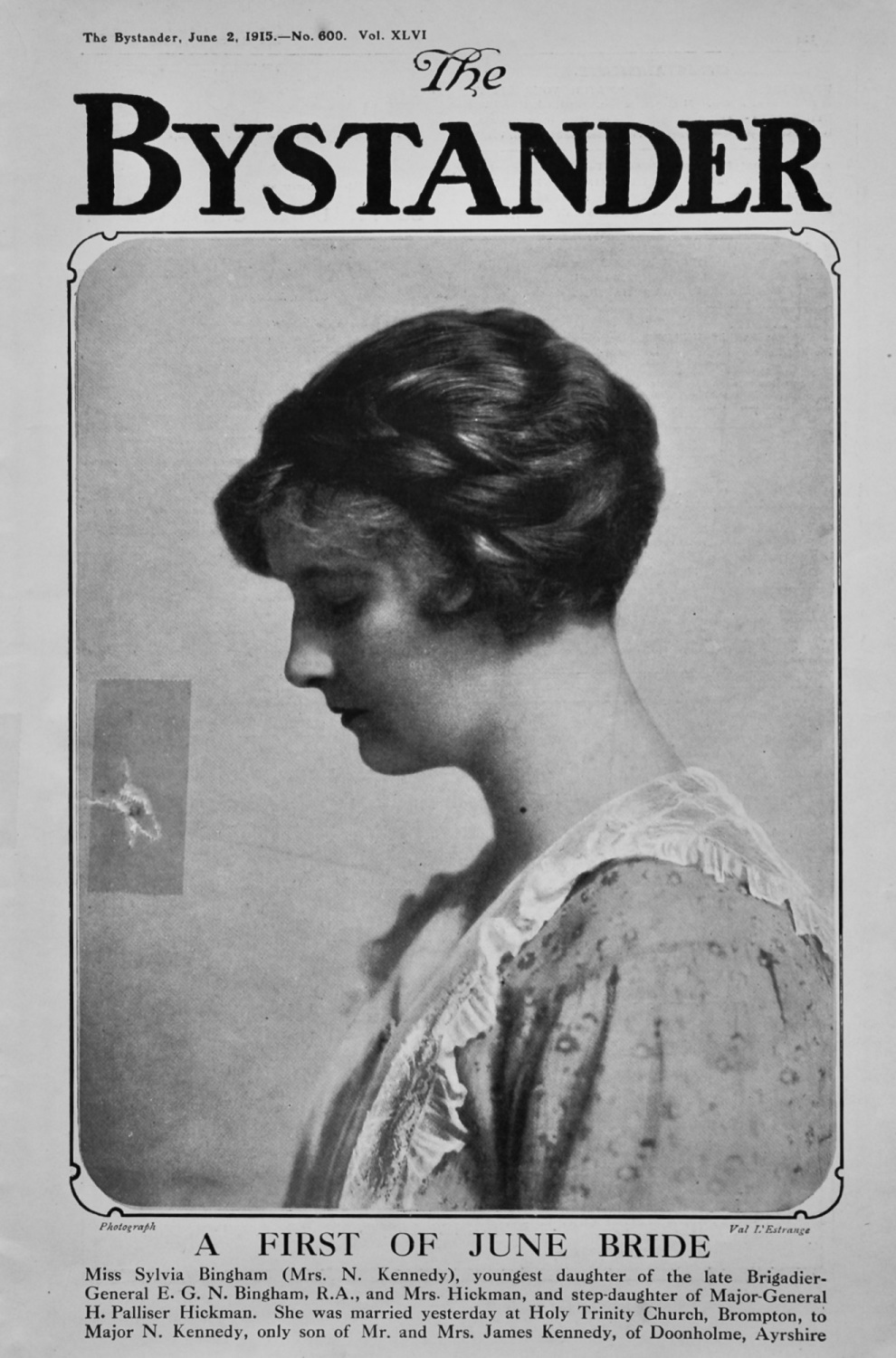 This Issue Contains 20 Pages, 40 Sides, and has been removed from a Bound Volume, and has the Binding Holes showing. This issue has Repairs to it so is reduced in Price accordingly.

Bystander War Comments -  By The Editor.

Full Page Photograph Called "Evviva l'Italia" - London manages a littie Celebration in Honour of its new Ally. Photograph shows the Angle-American Celebration in London : The Scene outside the Italian Embassy in Grosvenor Square.

Full Page Drawing  called "The Pals" - and the Girls they left behind them. Page has a Library Stamp in the Top Margin.

Full Page of Sketches called "To The Young Man at the Back". By Graham Simmons.

The Public and the "Daily Mail". - A Spontaneous High Explosion of Popular Wrath.

The Theatre's Last Tribute. - Two Photographs from the Memorial Service for the Late Mr. Charles Frohman.

"In England Now!" - A Weekly Causerie on Social Life ar Home, by Blanche.

"What he saw of it". - An Artist's "Post" Impression of the Recent Patriotic Rally at the Guildhall, By E.X.Kapp.

"Somewhere in Flanders" A Weekly Letter from an Officer at the Front, By Jack Johnson.

A Full Page Drawing called "Modishness Misplaced" or, Discipline in the Dardanelles. Adapted from a Sketch by an Officer of H.M.S."Inflexible" of an incident which actually occured on board of her while she was operating in the Dardanelles.

The New Theatre of War
Fair Scenes on the Northern Frontier of our Italian Ally. Full Page Photograph of - A Typical Street of Mantua. 2 Pages with 6 Photographs of "Where the New Fighting will be Fast and Furious, Points of Strategic interest in the Brenner Pass and in the Trentino. Full Page showing 3 Photographs called "On the Lovely Lake of Garda", across which passes the Frontier Line of Austria.

Cartoon - "Bringing Germany to Her Senses" By Alick Ritchie.

Full Page Drawing "What it Really Feels Like to be on Patrol Duty at Night-Time."

"Interned in Germany". -  The Experiences of an English Doctor, By Dr. W. Borton.

Half Page Advert for Mappin & Webb.

Half Page Advert for Pope & Bradley.

A Drama of Spies and Spitefulness. "The Day before the Day" at the St. James's Theatre. By "Jingle".

The Great Conundrum By W.H.B.

Books of the Week by R.S.