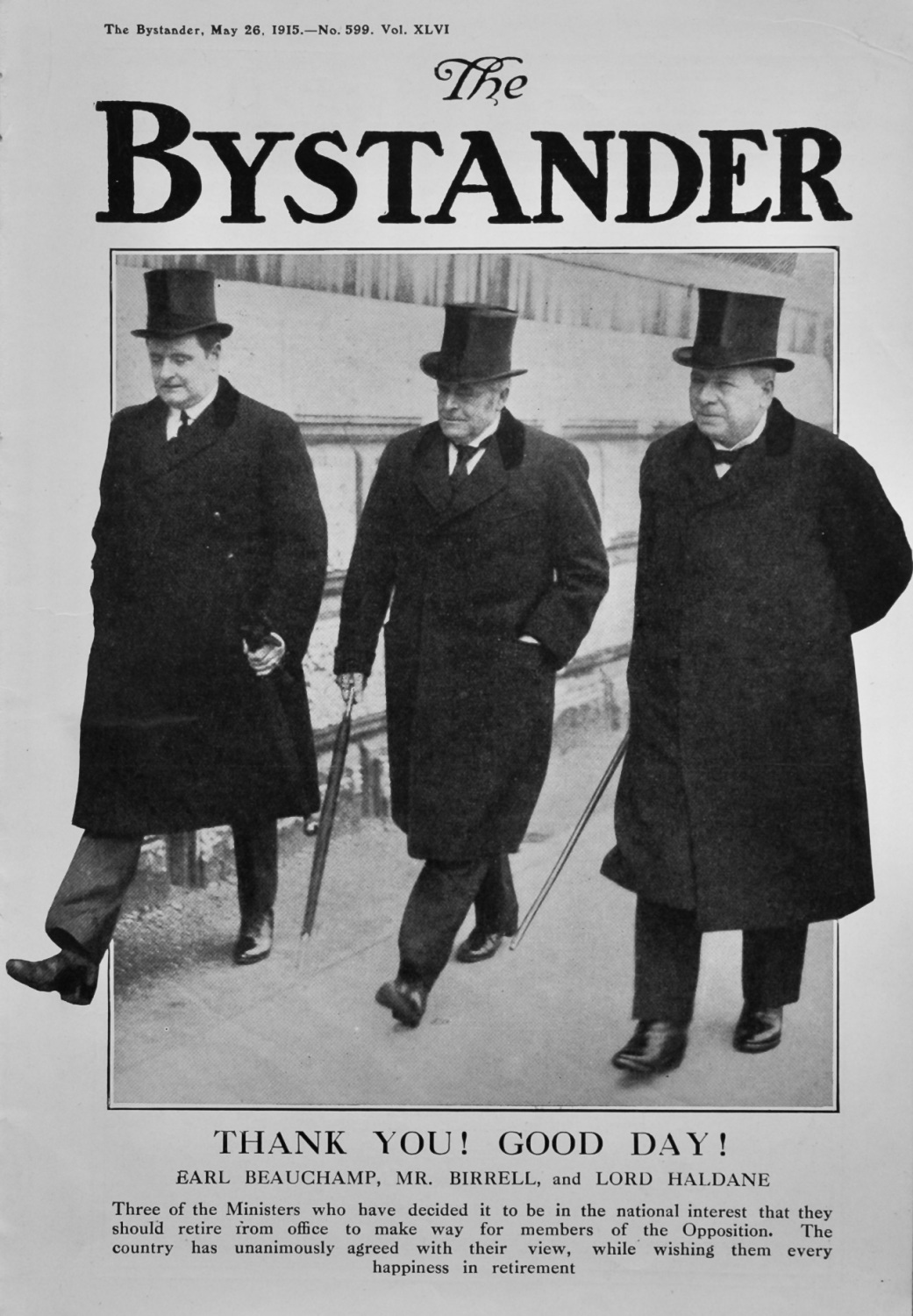 Front Page is called THANK YOU !  GOOD DAY ! with a picture of Earl Beauchamp, Mr. Birrell, and Lord Haldane, three Ministers who decided it to be in the National interest that they should retire from office to make way for members of the Opposition.

Bystander War Comments by The Editor.

The Inner History of the Churchill Fisher Crisis. - by one who knows.

WAR LORD versus PRESS LORD - The Danger of the wrong kind of Dictatorship.

Full page Drawing called "What Might Have Been" showing an Awful Vision dreamed by our Artist after hearing the report that the Successor to Winston at the Admiralty would be Mr. Balfour.

"In England-Now !" A Weekly Causerie on Social Life at home. By Blanche.

Full Page picture showing " The Heads of the Four States to whom Europe is looking to complete the Alliance against Teutonism" - The King of Italy, King of Rumania, King of Bulgaria, King of Greece. This Page has a Library Stamp in the Top Margin.

" Somewhere in Flanders" - A Weekly Letter from an Officer at ther Front. Jack Johnson.

Full Page Camera Portrait by Hugh Cecil of Madame Muira, who played the part of "Madame Butterfly"  in Puccini's Opera at the London Opera House.

"The Censor Censed" by A Stranger Within.

The Bystander in Paris.

The Weekly Feature "Books of the Week" by R.S.

Motoring and the Raiders by Alex. J. M.Gray.

The Racing Decision : Newmarket or Nothing, by "Carbine."

" London Nights Entertainment "- A Revue of "Watch Your Step" at the Empire Theatre by "Jingle."

Half Page Advert for " Vinot Cars Ltd ". This Page has a Library Stamp in the Top Margin.