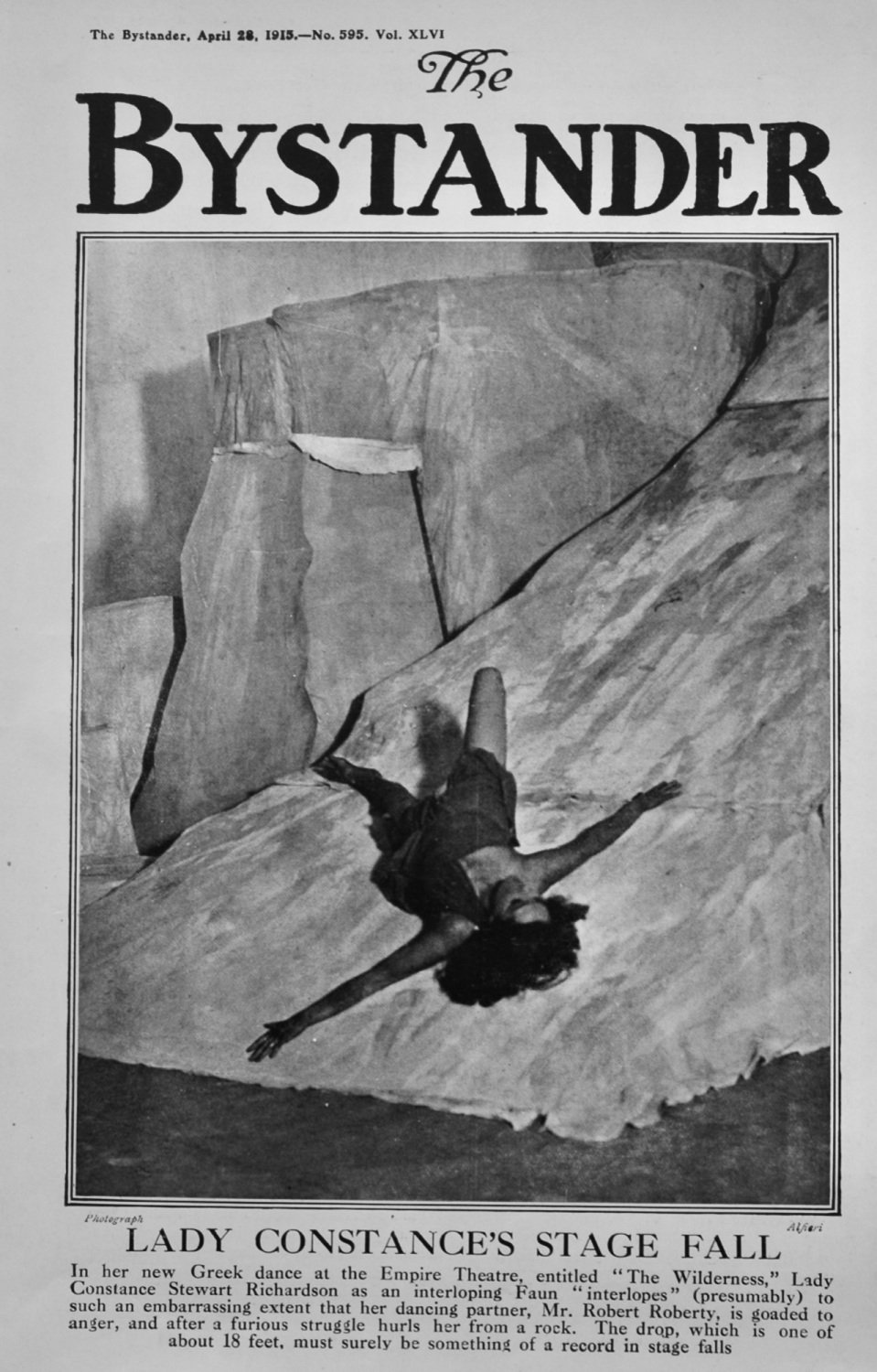 This Copy has 22 pages, 44 sides, it was taken from a Bound Volume and therefore has the Binding Holes showing.

Bystander Comments by The Editor.

"Can Berlin Show Anything Like This ! " -Two Photographs, - The Epsom Spring Meeting showing a general view of the Grand Stand and part of the Course. and the second Photo shows Soldiers watching the Racing from behind the Rails.

"Looking Pleasant, Too !" - A Photograph of The Kaiser and Crown Prince again reconciled to each other - and therefore to anything !.

"In England Now !" - a Letter from "Blanche" to a Cousin in the Colonies.

" Politics in Whispers" - The make-believe Party "Truce" by Sotto Voce.

"The Young French Soldier As He Is" - by Lieut. Marcel Boulestin (of the French Army),  Illustrated by M. Fauconnet.

"Somewhere in Flanders" - A Weekly Letter from an Officer at the Front by Jack Johnson.

Full Page Photograph of Colonel S.L.Barry, D.S.O. called "Responsible for the Prince's Safety" - The Cicerone of the Heir-Apparent at the Front. This Page has a Library Stamp in the Top Margin.

Double Page called "The Greatest German Delusion of All" - The Villainy as Depicted in Caricature of the most innocent-minded man in Europe. Sir Edward Grey.

Where the Englishwoman Fails - in the Art of being Well Dressed. by Efemera.

" Business and Pleasure in Playland " by "Jingle"