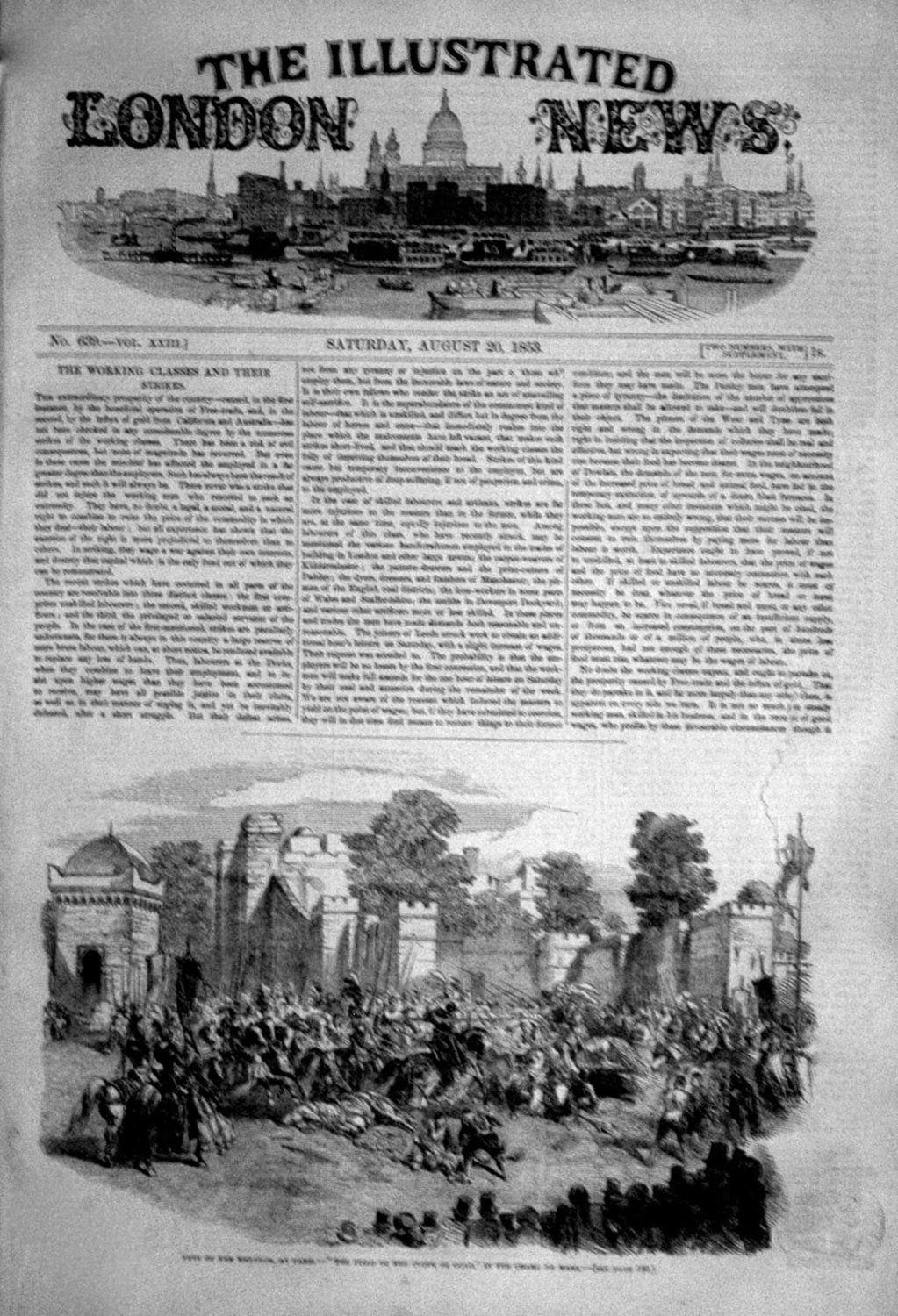 Front page shows an Article called " The Working Classes and their Strikes." Together with an Engraving showing The Fete of the Emporer, at Paris.            This page has a Tape repair to it.

Tomb of the Emperor Napoleon at the Hotel Des Invalides.

Sculpture of the Tomb of Napoleon.

Engraving showing - Tomb of Napoleon. - The Sarcophagus, in the Crypt.

Engraving of - Tomb of Napoleon. - Entrance to the Crypt.

The Fete of the Emperor.

Alleged Christianity of the Chinese Insurgents.

Full Page Engraving showing " Interior of the Church of the Invalides, at Paris." - The opening of the Crypt containing the Tomb of Napoleon.

Full page Engraving called - " Fete of the Emperor.- Illumination and Balloon Ascent in the Champs Elysees."

The National Gallery. - Cleaning the Pictures. - The New Gallery.

Literary Miscellanies. - No4. " A Friend of Talleyrand."

The Blight of the Vines.

The Camp at Cobham. - With Half page Engraving.

Fete to Messrs. Whatman and Lee, at Vinters Park, near Maidstone.- With Half Page Engraving.

Frightful Accident at the Crystal Palace.

Fishing Houses of the Bosphorus.

Rational Amusements for the Industrious Classes.

The Theatres. - "The Royal Italian Opera."