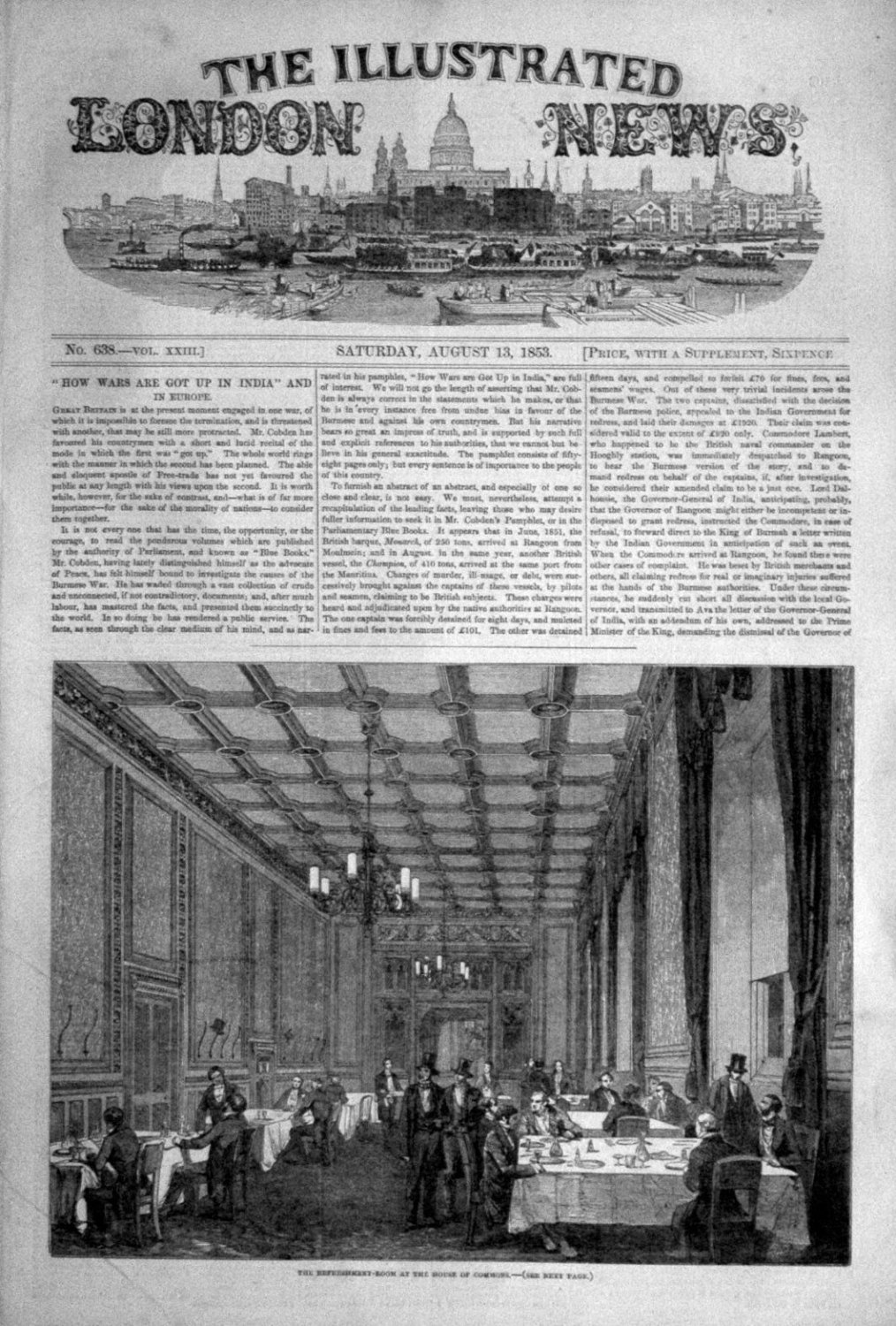 This copy has 10 pages, 20 sides, it was taken from a Bound Volume and therefore has the Binding Holes showing. Spine has been repaired with Tape, and bottom margin on Back Page has a Piece missing. Copy has been Priced accordingly.

Front page shows an Article called " How Wars are got up In India " and in Europe. Also a Engraving of the Refreshment-Room at the House of Parliament.

The House of Commons Refreshment Rooms.

Literary Miscellanies.- No3.  A Chapter on Cats.

A Song of the Eastern Traveller.

Inauguration of the New York Exhibition.

Full page Engraving showing " Inauguration of the New York Crystal Palace. - Platform in the North Nave. - From a Daguerreo type.

The New Grammar School at Colchester.

Bazaar at Carisbrooke Castle, Isle of Wight. With Engraving.

Epitome of New. -Foreign and Domestic.

Chess Talk, - with Problem No 497. and a Match between Messrs. Brien and Forshall, of Oxford.

The Chinese Bible in English Letters.

Jubilee of the British and Foreign Bible Society. - The Carnarvon Auxiliary.

Celebration of the 79th Birthday of Lord Kenyon. - With Engraving.

Additions to the Menagerie of the Zoological Society.
The Bubale Antelope, and Flamingoes.

The New Cab Laws and Regulations.

Commencement of the Portsmouth Railway.

The Great Naval Review at Spithead.