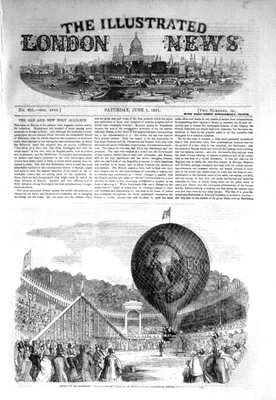 Front page shows an Article called "The Old and New Alliance." Also a Half page Engraving of the Ascent of Mr. Hampton's " Erin-go-Bragh." Balloon, at Batty's Royal Hippodrome, Kensington.

The Late Riot at Tamworth.

The Library of the British Museum, with Engravings.

Her Majesty's visit to the City.

Epitome of News, Foreign and Domestic.

Engraving of the "Ascot Race Plate. - The Emperor of Russia's Vase."

The Insurrection in Ceylon.

The Earl of Shaftesbury.
The Right Hon. Richard Lalor Sheil.

Monetary Transactions for the Week.