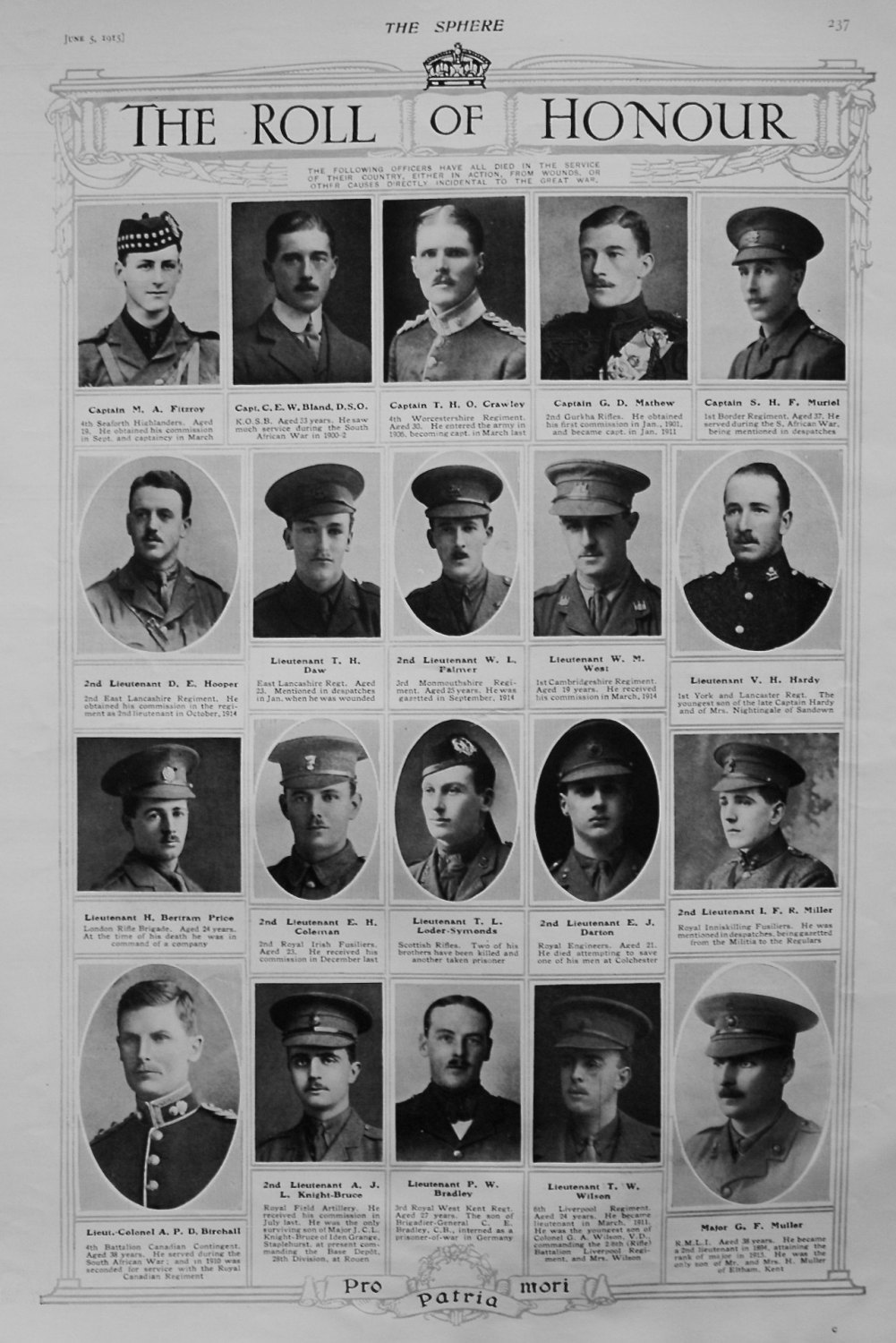 For Sale is a Full Page taken from "The Sphere," June 5th 1915, called "The Roll of Honour," showing the following Portraits with Descriptive Text of Officers who have lost their lives in the Service of their Country, Either in action, from Wounds, or other causes directly incidental to the Great War.

7- Lieutenant T.H. Daw. - East Lancaster Regiment. Aged 23. Mentioned in Despatches in Jan. When he was Wounded.

10- Lieutenant V.H. Hardy. - 1st York and Lancaster Regiment. The Youngest Son of the Late Captain Hardy and of Mrs. Nightingale of Sandown.

11- Lieutenant H. Bertram Price. London Rifle Brigade. Aged 24 years. At the time of his Death he was in Command of a Company.

12- Lieutenant-Colonel A.P.D. Birchall. - 4th Battalion Canadian Contingent. Aged 38 years. He Served during the South African War ; and in 1910 was seconded for Service with the Royal Canadian Regiment.

13- 2nd Lieutenant A.J.L. Knight-Bruce. - Royal Field Artillery. He received his Commission in July last. He was the only surviving Son of Major J.C.L. Knight-Bruce of Iden Grange, Staplehurst, at present Commanding the Base Depot, 28th Division, at Rouen.

18- Lieutenant T.L. Loder-Symonds. - Scottish Rifles. Two of his Brothers have been Killed and another taken Prisoner.

19- 2nd Lieutenant E.J. Darton. Royal Engineers. Aged 21. He Died attempting to save one of his men at Colchester.

20- 2nd Lieutenant I.F.R. Miller. - Royal Inniskilling Fusiliers. He was mentioned in Despatches, being Gazetted from the Militia to the Regulars.