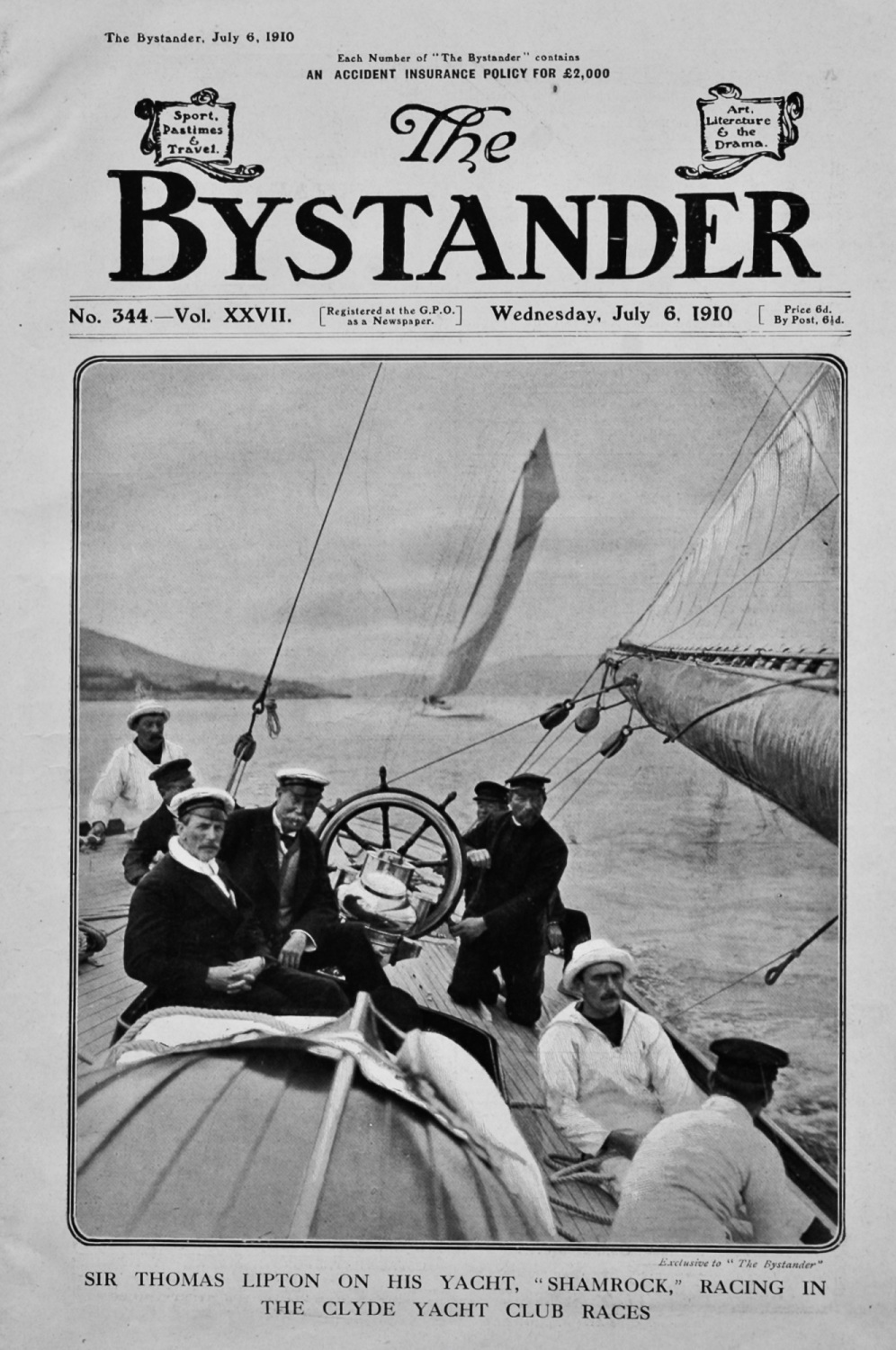 Copy has 21 pages, 42 sides. It was taken from a Bound Volume and therefore has the Binding holes showing.

Missing from this copy is a Plate of the Late King Edward's Dog, "Ceasar."

A new Full page portrait of the Countess of Warwick.

Sketches at the Army Pageant by H.M.Bateman.

Full page of photographs called "Of the Stage - But Off." Showing photo's of The Theatrical Garden Party at the Botanic Gardens.

Full page Sketch called " After the 29th Ult." by A.Cynic.

The Bystander Abroad.
The Tsar of Bulgaria, a man of intrigue, his work for his country.

Full page photograph of The Kaiser, Admiral Von Holtzondorff, and Admiral Von Tirpitz, on Board the " Hohenzollern" in Kiel Harbour.

"The Look of Things" from a Bystanders point of view.

Full page of Sketches called  "The World's Greatest Art," Why not Tit-Bits from Paintings as well as from Books ?. by Oswald Cuningham.

London Nights Entertainments. by "Jingle." Illustrated by Norman Morrow. "Billy's Bargain" at the Garrick Theatre, Including a full page of sketches.

In the Public Eye : Lake Como.

A Food that is grown underground.
The interesting industry of Mushroom culture, from which large fortunes are made in France.

A Pretty Puritan Seamstress.
A Photographic Study by J. Cruwys Richards, of Bourneville.

Story - "Through the open Window" by Muriel Hine.

Famous Cricketers : No 4. Mr A. Hartley (Lancashire) : a Sketch by Thorpe.

The Library.
Perfection- yet Imperfection : an Impression of "The Portrait," by Ford Madox Hueffer.

Probable Henley Winners.
Expert Predictions as to the Final disposal of the Honours.

Lawn Tennis : The Finale at Wimbledon.

Racing : The Eclipse Stakes. By Carbine.

The Menu : The Strawberry Season.

Motoring by Land Sea and Sky.