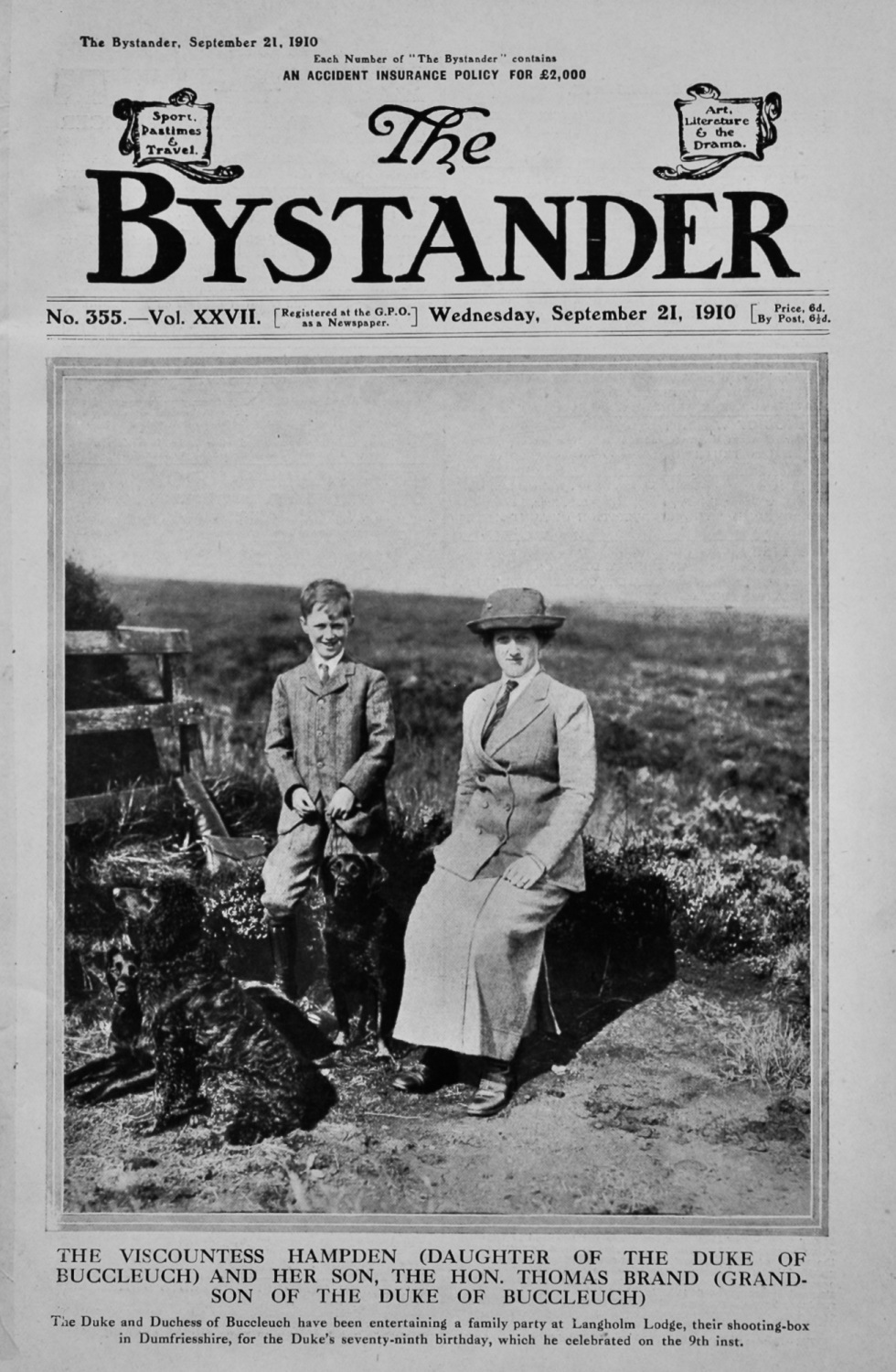 Copy has 24 pages, 48 sides, it was taken from a Bound Volume and therefore has the Binding holes showing.

Ayr Races : Spectators and Scenes. Showing photo's of-
1- The Countess of Loudoun.
2- The Earl of Stair.
3- Mr. Jardine.
4- View of the Rings and Course.
5- The Hon. Frank and Mrs. Montgomerie.
6- Lord Ninian Crichton-Stuart.

Our Imperial Army.
The Queen's own Canadian Rifles March through London.

But Why that Bodyguard ?
Full page of photograph's showing Mr. Lloyd George, surrounded by Liberal M.P.'s, visits a Welsh School.

The British Empire.
"In a Glass Case." - A Protest against a Preposterous Plan. by Downwriter.

"A Lovely Follower of the Chase."
A Portrait Photograph of The Viscountess Ingestre.

Full page photograph called " In Happy Boyhood."
The Tsarevitch out for a Ride with his Body Cossack.

London Nights Entertainments. by "Jingle."
1- "Nobody's Daughter" at Wyndham's Theatre.
2- " A Bolt from the Blue" at the Duke of York's Theatre.
3- "The Chocolate Soldier" at the Lyric Theatre.

A Bystander in Canada. An eventful Passage.

A Fish that defies Capture.
Failure on another gallant attempt on the Tuna.

Advice to Keepers and Beaters, by Leonard Willoughby.

The Garden.
The Lawn in Autumn.