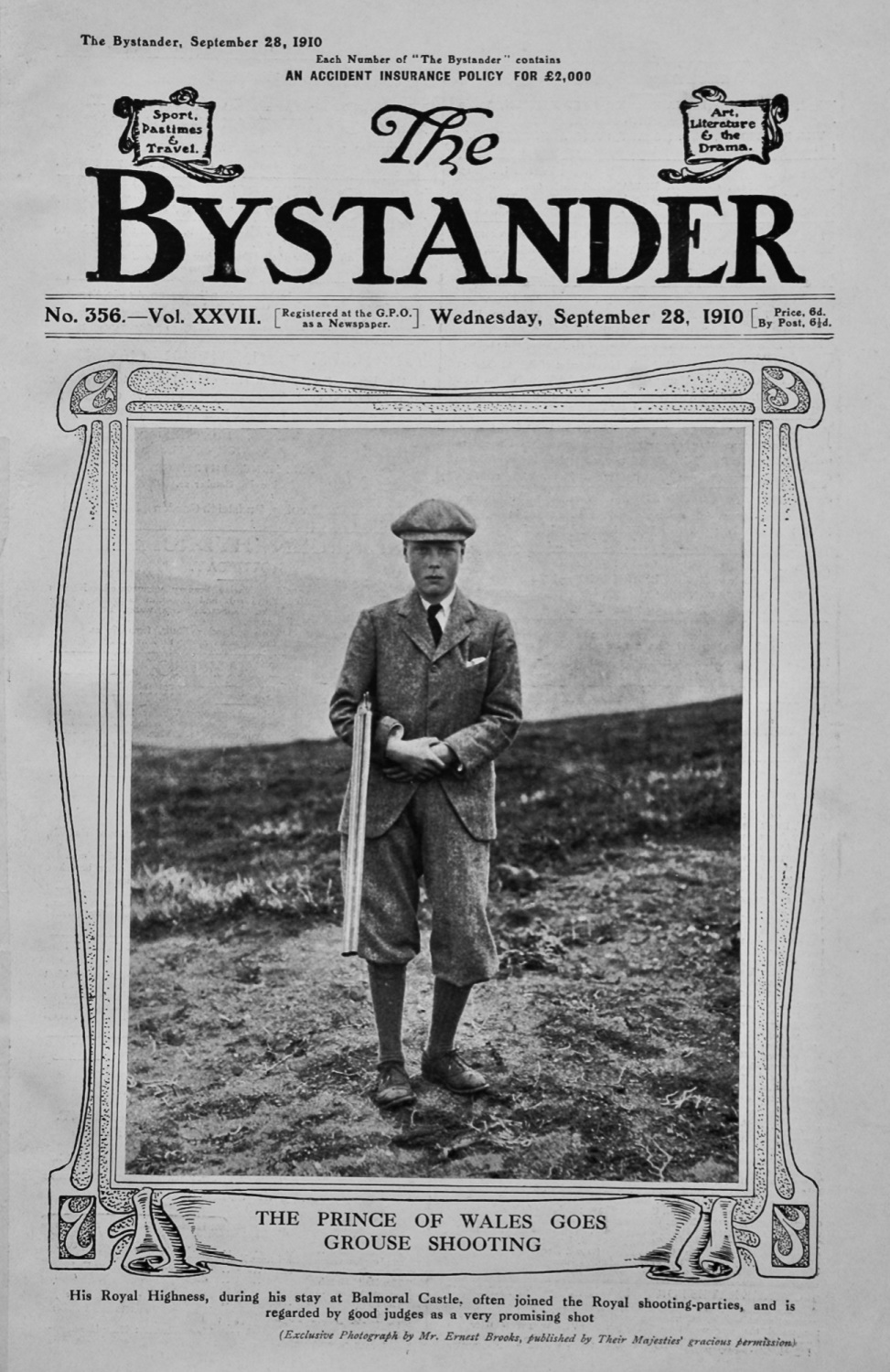 Copy has 25 pages, 50 sides, it was taken from a Bound Volume and therefore has the Binding holes showing.

Front page shows a photograph called "The Prince of Wales goes Grouse Shooting." His Royal Highness, during his stay at Balmoral Castle, often joined the Royal shooting-parties, and is regarded by good judges as a very promising shot.

Full page of Photograph's called "The Army about its Business."

"How Far have you got ?" Memoirs of a Sufferer who reached L on Form 4.      A Study of an Aristocratic Landowner engaged in filling in his "Duties on Land Values" Return, Officially described as Form 4.

Cartoon Sketch by H.M. Bateman. called " The Travail of the Taxed."

"Deer-Netting" - a Novel and Humane way Method of Capturing Animals.

London Nights Entertainments. By "Jingle." Illustrated by Norman Morrow.
1- "A Woman's Way" at the Comedy Theatre.
2- "The Sins of London" at the Lyceum Theatre.

Full page Photograph called " A Poem in Petticoats."
At Present the Idol of the German Capital, Fraulein Lucie Konig.

A Bystander in Canada. - Part 2. -The First Day in Quebec.

Double page Photograph " Daybreak in the Bay of Biscay."

A Crime of 1960.
Two Extracts from London Newspapers of Fifty Years Hence. by Basil Macdonald Hastings.

Half page Photograph of an Idyllic Retreat : A Charming House at Little Comberton on the River Avon.


The Amateur Dramatic Season Opens.
Full page Sketch called " Things are not always what they seem."


Autumn Fishing on the Broads.
Photographs by Leonard Willoughby.
1-A Bend in the River : Thorpe St. Andrews,a Picturesque spot close to Norwich.
2- Two nice Pike.
3- Brundall, where there is excellent Fishing and a charming Village.
4- The Haunt of the big Fish Landed.
5- Buckenham Ferry, a delightful Reach, Sixteen Miles above Oulten.
6- Oulton Broad in Regatta Week.
7- Gaffing a Pike at Oulton.
8- Fishing on a Norfolk Broad.

Furniture -  The Art of Furnishing.