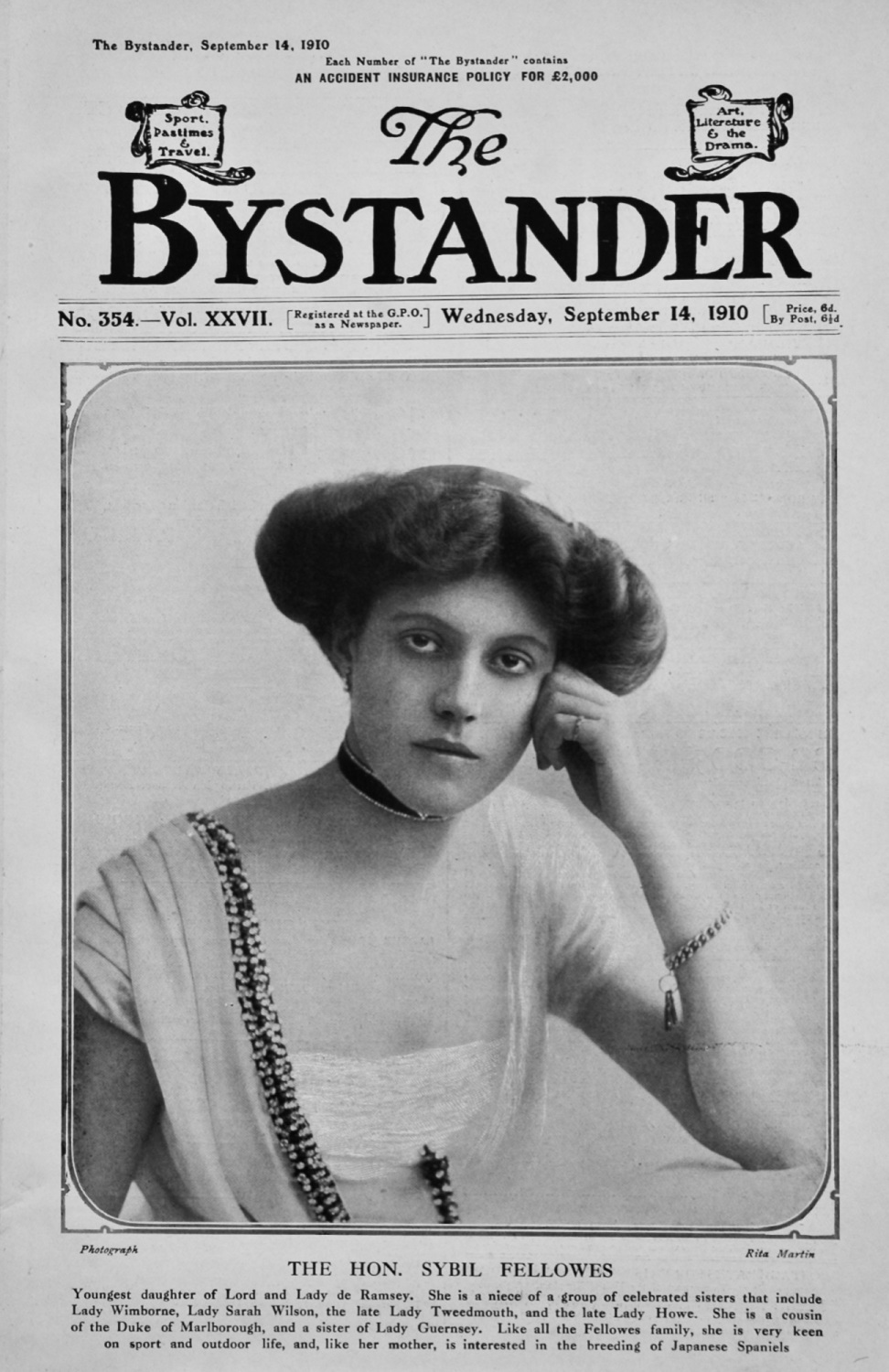 Copy has 25 pages, 50 sides. it was taken from a Bound Volume and therefore has the Binding holes showing.

A Derby Winner of the St. Leger.
Lord Derby Wins although the Derby Winner Loses.
Pictures show, -
1- Lady de Blaquiere and her Daughter, The Hon. Kathleen de Blaquiere.
2- The Finish of the St. Leger, Swynford Wins !
3- Lady Muriel Herbert, younger Daughter of the Earl of Pembroke.
4- Lady Nunburnholme with a Friend.
5- The Earl of Derby leading in Swynford (Frank Wooton up), The winner of the
St. Leger.
6- The Marchioness of Ormonde and Viscount Midleton.
7- Yorkshire's Day Out. The Record Crowds at Doncaster on the St. Leger Day.

The Spanish Sovereigns at Home.
A series of photographs taken exclusively in Madrid by the famous Court photographer, M. Chusseau-Flaviens.
1- The King and Queen of Spain Driving in the Royal Park.
2- King Alfonso hard at work signing official documents in the Royal Palace.
3- King and Queen of Spain walking in the "Campo Moro,"
4- King Alfonso at a Bull-Fight.
5- King Alfonso going on Board a Man-of-War.
6- King Alfonso at the San Sebastian Yacht Club.
7- Latest Photograph of the Queen and the young Infante Beatrix, taken on
the Private Terrace of the Palace in Madrid.
8- The Heir to the Throne of Spain : The Prince Asturias on his Pony in the Private
Grounds near Madrid.
9- Queen Victoria of Spain in her Boudoir in the Royal Palace, Madrid.

Is Mr. Asquith Growing Older ?
A Photographic Group showing the Premier quite at his best.

A Musical Entente Cordiale.
The Gloomy Prospect of more Eccentric Orchestras.
Showing a full page of Sketches by H.M.Bateman.

The Bystander Abroad.
The Meeting of the Marquis de San Guiliano and Count d'Aehrenthal : A Diplomatic Sensation : Young Turkish Democrats at Brussels.

One Ship - One Gun !
Horrifying Forecast of the Evolution of the Petrol-Driven Battleship.
Full page Cartoon Drawing by Lieutenant Beuttler.

Full page Drawing showing  a Study in Racecourse Philosophy actually Witnessed at Doncaster and Recorded for "The Bystander" by Chas. Pears.

Full page Photograph - " A Form of Life and Light.

Famous Cricketers : No 9
Mr. Gilbert Jessop : A Sketch by Thorpe.

A Poem by Jas. Blyth. called " Greeting or Farewell."

Ulysses and the Sirens.
Why Kitchener of Khartoum was called a Woman-Hater.

Cricket, Crime, and the Davis Cup.

Pheasants and Foxes, by Leonard Willoughby.

Frocks, Frills, and Furbellows, By Jack May.