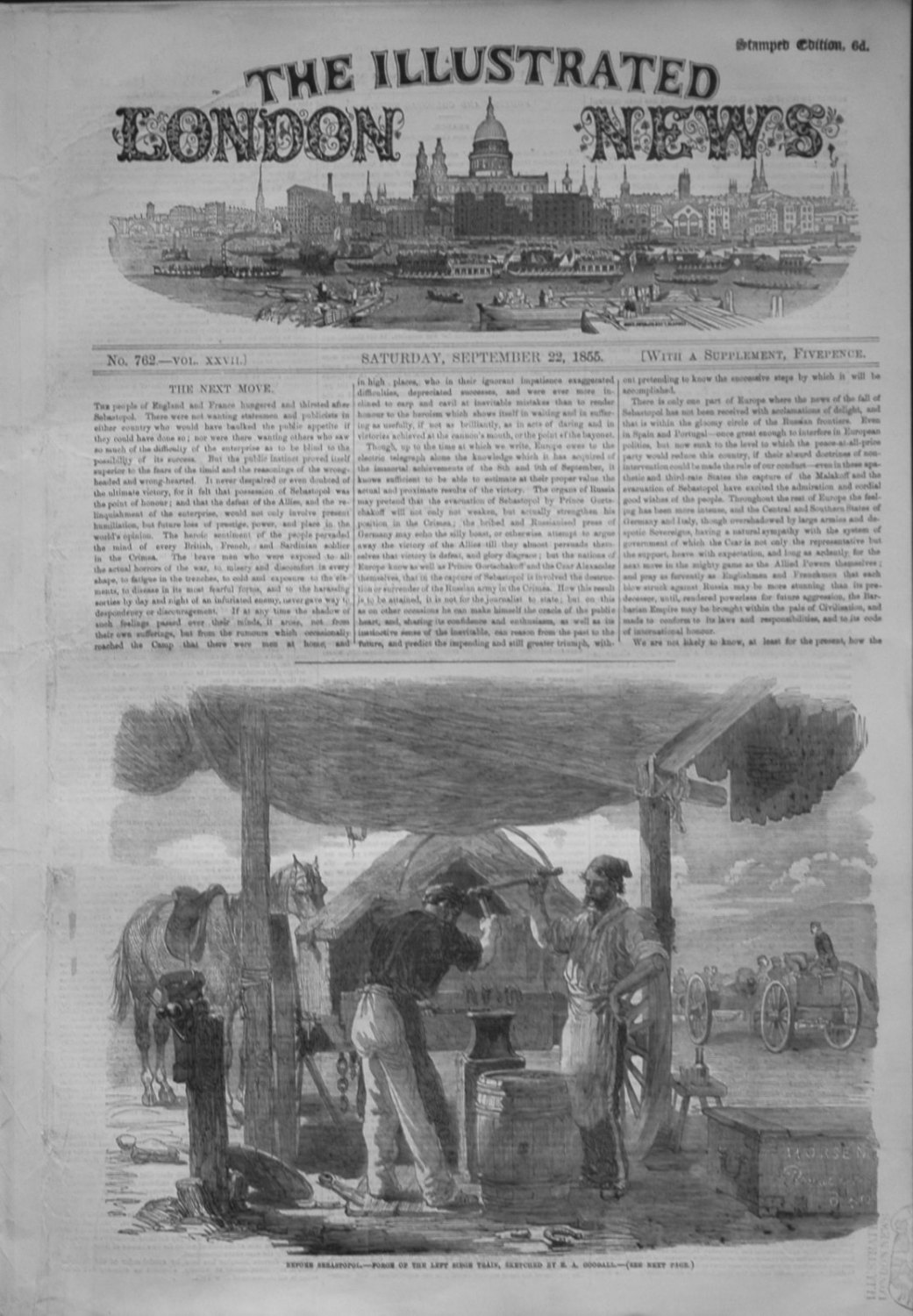 For Sale is an Issue of the Illustrated London News for September 22nd, 1855. This issue contains 12 Pages, 24 Sides, Edition No. 762. Condition is Good with a Few Brown Marks Mainly in the Margins. A Couple of the Pages have Brown Stain Marks on Them. (See Photo's)