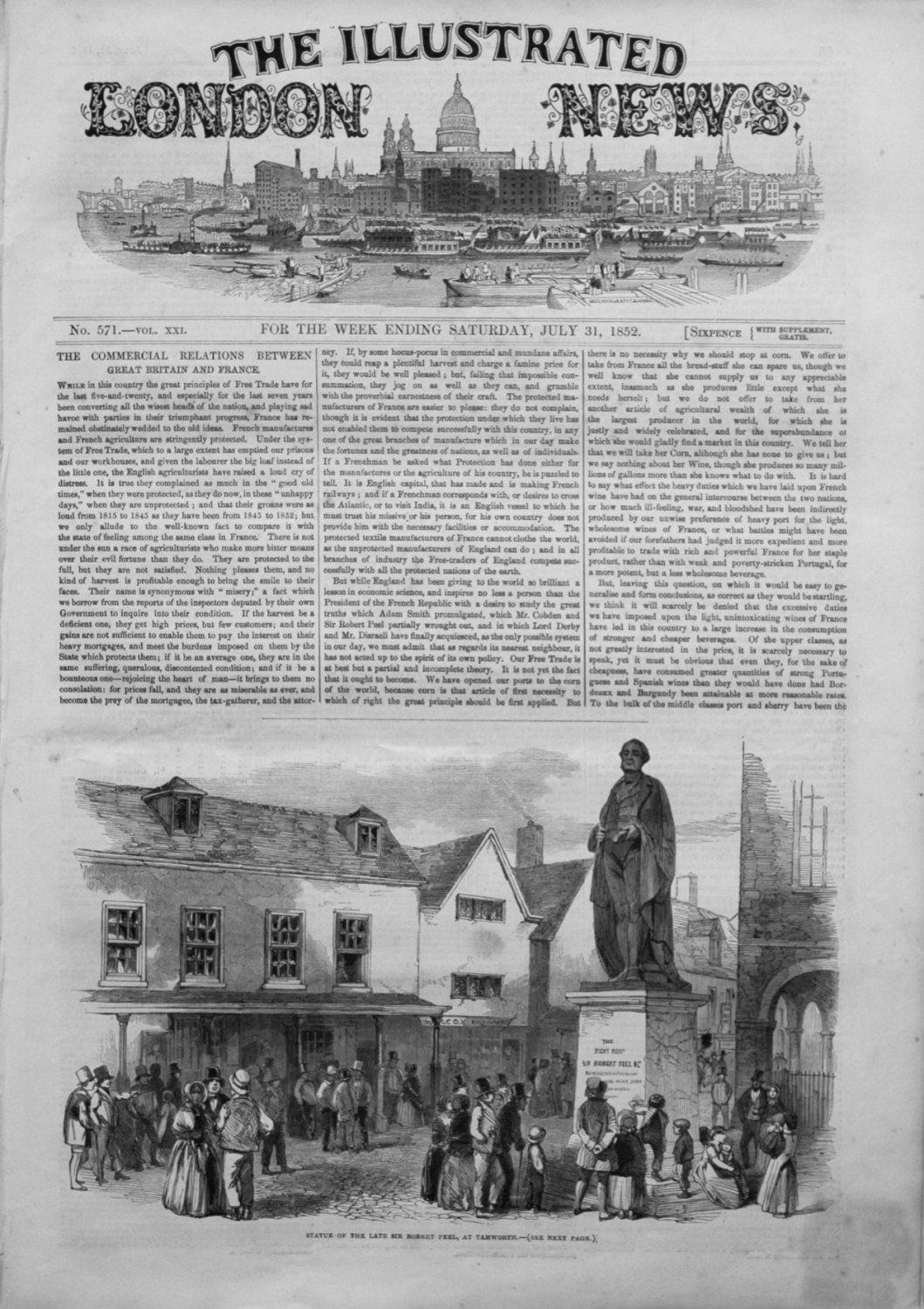 For Sale is the Illustrated London News July 31st 1852. Edition No. 571. This Issue has 8 Pages, 16 Sides, it was taken from a Bound Volume and therefore has the Binding Holes showing.
Condition is Good with the Text and Engravings Clear, not Faded. Age Related Foxing Spots do appear on some Pages. The Red Illustrated News Stamp shows through onto the Front Page.