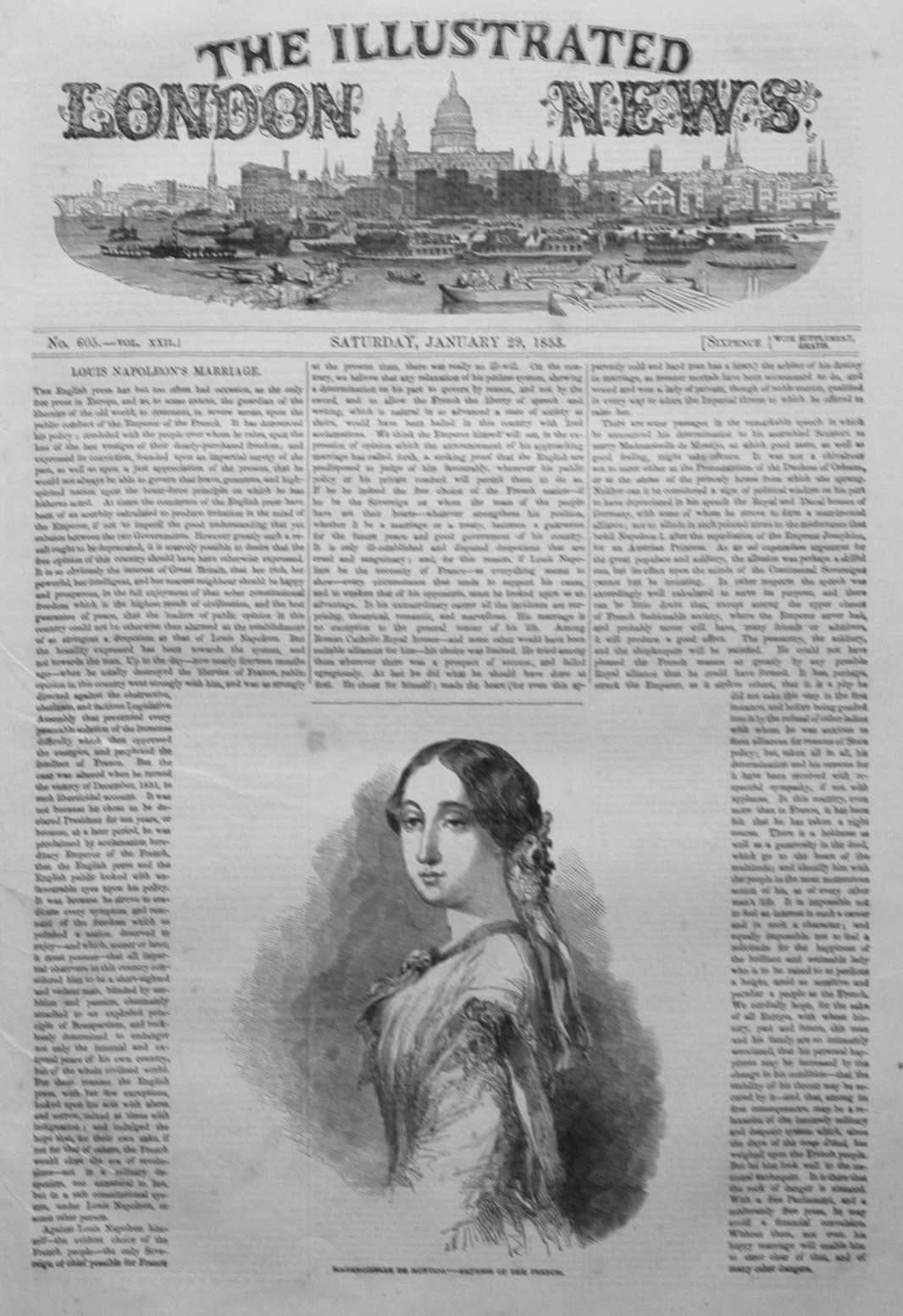 For Sale is the Illustrated London News January 29th 1853. Edition No. 605.
Issue contains 8 Pages, 16 Sides, it has been taken from a Bound Volume, therefore the Binding Holes are showing.

Condition of the Text and Engraving is Good, not Faded, Spine has been strengthened with Filmoplast Tape.