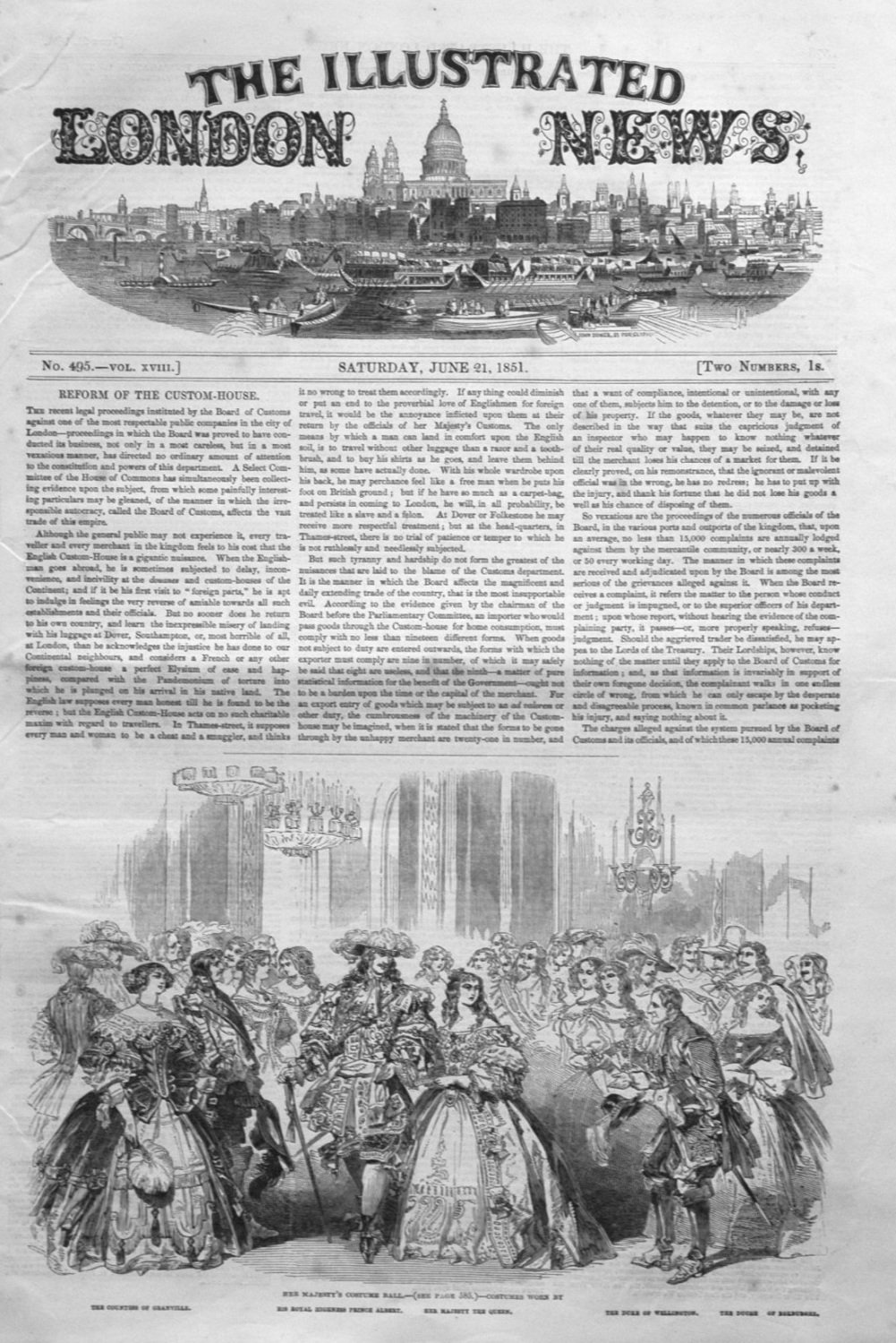 For Sale is the Illustrated London News for June 21st 1851. Edition No. 495.
Issue contains 8 pages, 16 sides, it has been taken from a Bound Volume and
therefore has the Binding holes showing.

Condition of the Text and Engravings is Good. One or two Foxing Spots beginning to show, but not a lot. London News Red Stamp appears on a page inside. Top of Front page has been Trimmed to Tidy it, and Spine Strengthened with Filmoplast Tape.