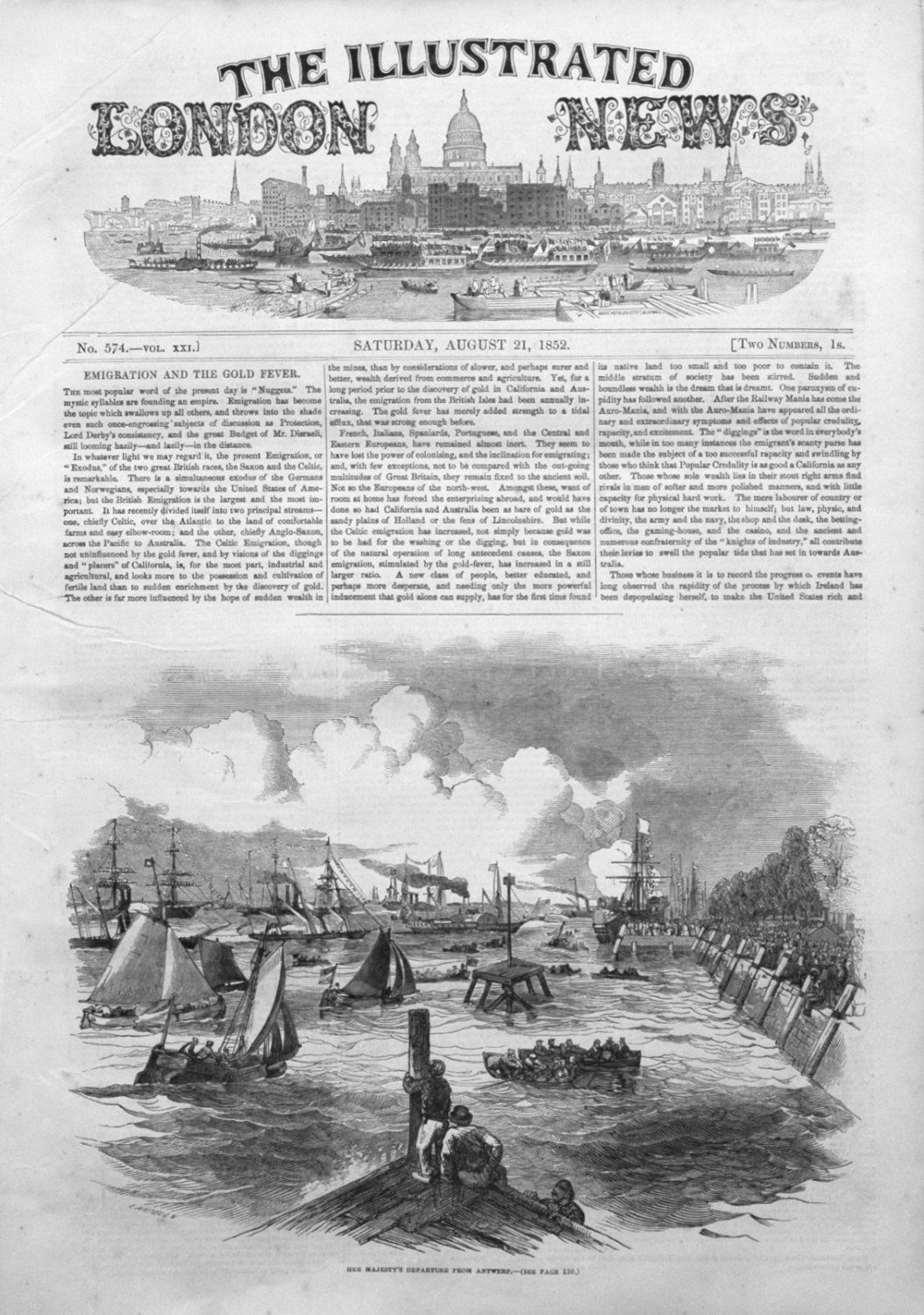 For Sale is the Illustrated London News of August 21st 1852. Edition No. 574.
This Issue contains 8 Pages, 16 Sides, it has been taken from a Bound Volume therefore the Binding Holes are Showing.

Condition of the Text and Engravings is Bright and Clear. Pages are slightly Tanned throughout. Red London News Stamp appears inside. Hardly any Foxing Spots present.