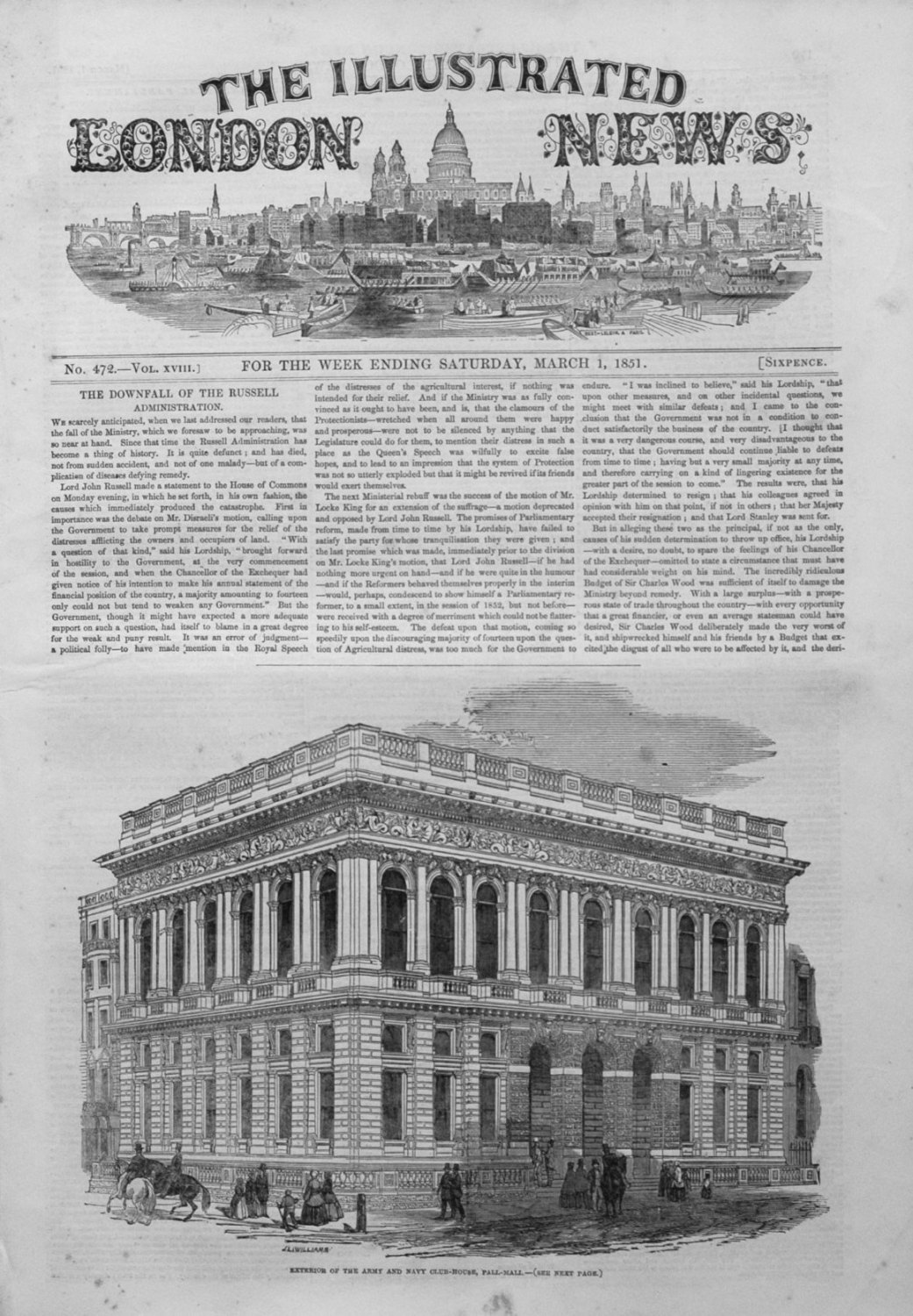 For Sale is the illustrated London News March 1st 1851. Edition No. 472.
This Issue contains 8 Pages, 16 Sides, it has been taken from a Bound Volume, therefore the Binding Holes are showing.

Condition of the Text and Engravings nice and Clear. Foxing is present on some pages'  Red London News Stamp on inside
Page.