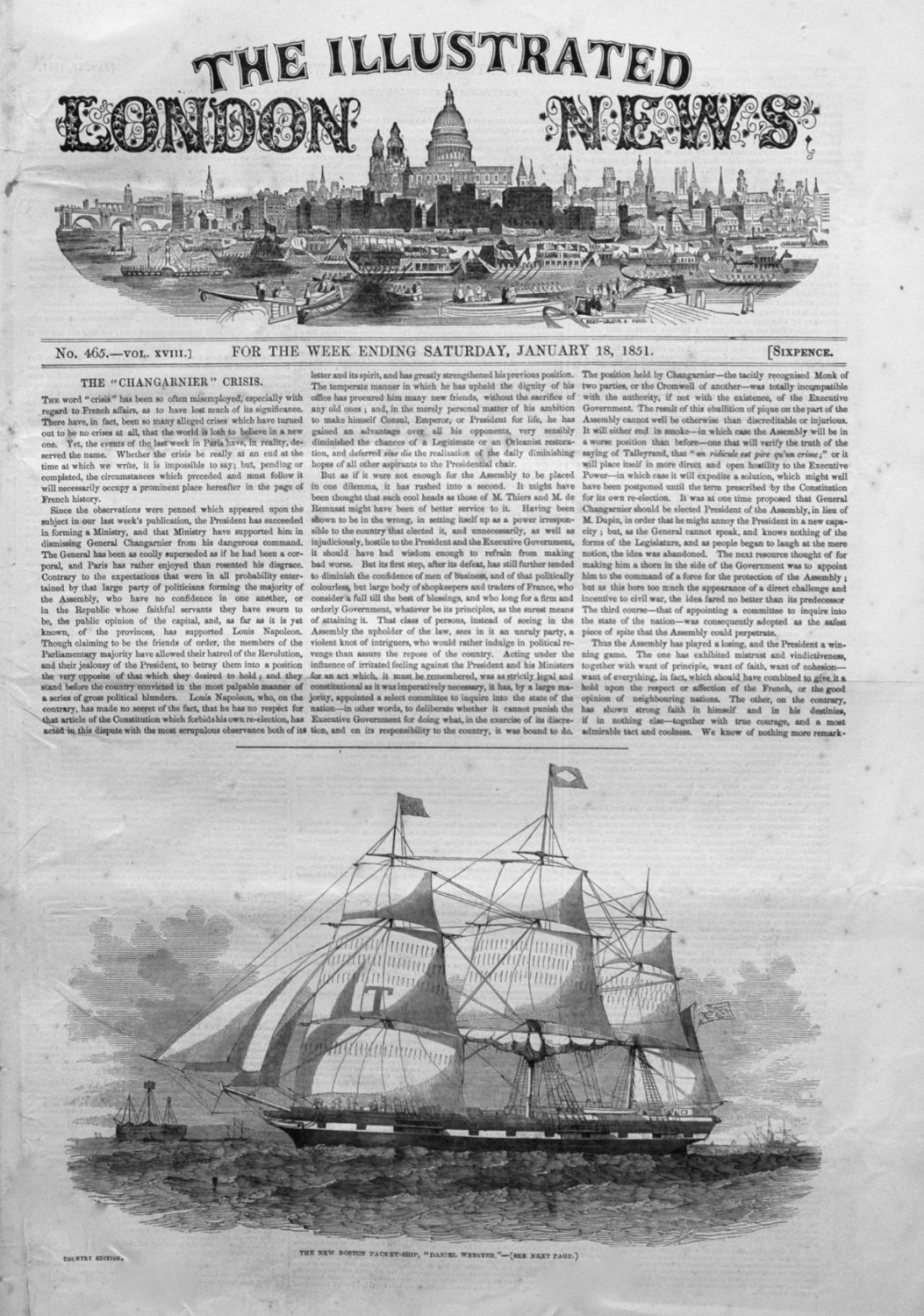 For Sale is the Illustraed London News for January 18th 1851. Edition No. 465.
This Issue contains 8 Pages, 16 Sides, it has been taken from a Bound Volume, therefore the Binding Holes are showing.

Condition of the Text and Engravings is Bright and Clear, with Age related Foxing Spots appearing on some Pages. Spine has been Strengthened with Filmoplast Tape. Red London News Stamp on inside Page.