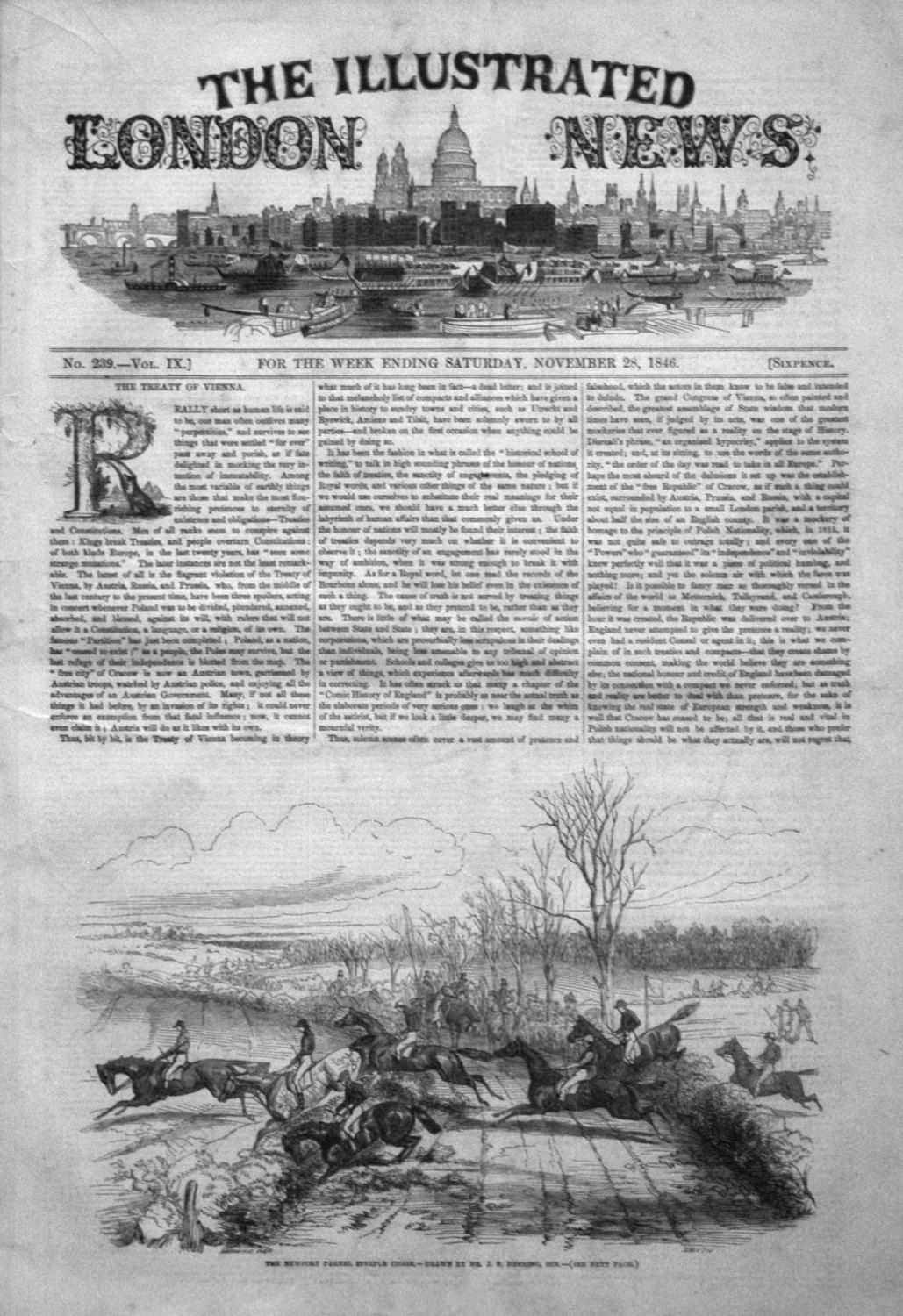 For Sale is an Edition of the Illustrated London News November 28th 1846. This Issue contains. 8 Pages, 16 Sides, and has been taken from a Bound Volume.

Engravings.
1- The Newport Steeplechas. - Drawn by Mr. J.F. Herring.
2- The Giraffe Cricket.
3- The Kaffir Women Advancing as a Screen to the Men.
4- Embassy of Pandah, King of the Zoolahs, to the Government of Natal.
5- African Guitar.
6- Costume of a King.
7- Gazelle, Brought by Captain Denham, in the "Avon" Steam-Ship, from the Coast of Africa.
8- African Umbrella Hat.
9- African War Dress.
10- Sketches on a March in North Western India.
a- Mail-Cart in the North West of India.
b- Changing Ground.
c- Native Hack-Cab.
11- Agricultural Pictures. - Thrashing.- Drawn by Duncan.
12- The Schooner "Providence," and the Brig "Heros," at Plymouth.- Drawn by Condy.
13- Hellenic Festival to Kalergi, The greek Patriot, at the London Tavern.
14- "The Capri," Iron Mediterranean Steamer.
15- Testimonial Presented to Mr. Rufford, by the Stourbridge Cricket Club.
16- Paris Fashions for December.
17- Chapel at Wastdale Head, Cumberland.
18- Scene from "Measure for Measure," at Sadler's Wells Theatre.
19- Ruins after the Recent Fire at Gravesend.
20- Arrival of the Bey of Tunis, at the Palais D'Elysee Bourbon, at Paris.