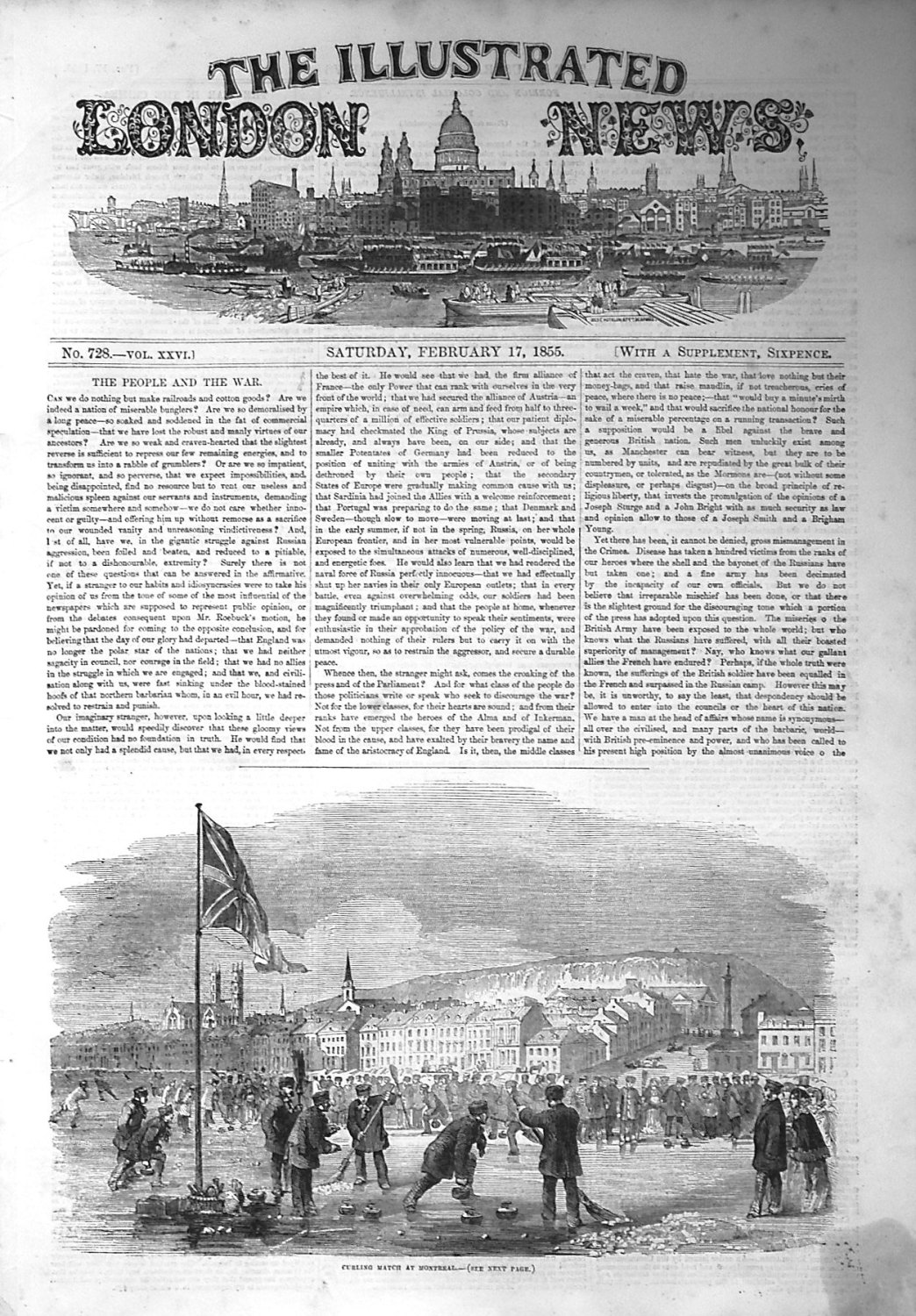 For Sal;e is an Edition of the Illustrated London News February 17th 1855. This issue contains 12 Pages, 24 Sides, and has been taken from a Bound Volume.

Condition is Good, with light Foxing Spots in places. Spine Strengthened with Filmoplast Tape. Stain on bottom Right Corner Margin is the Red London News Stamp from the other side.