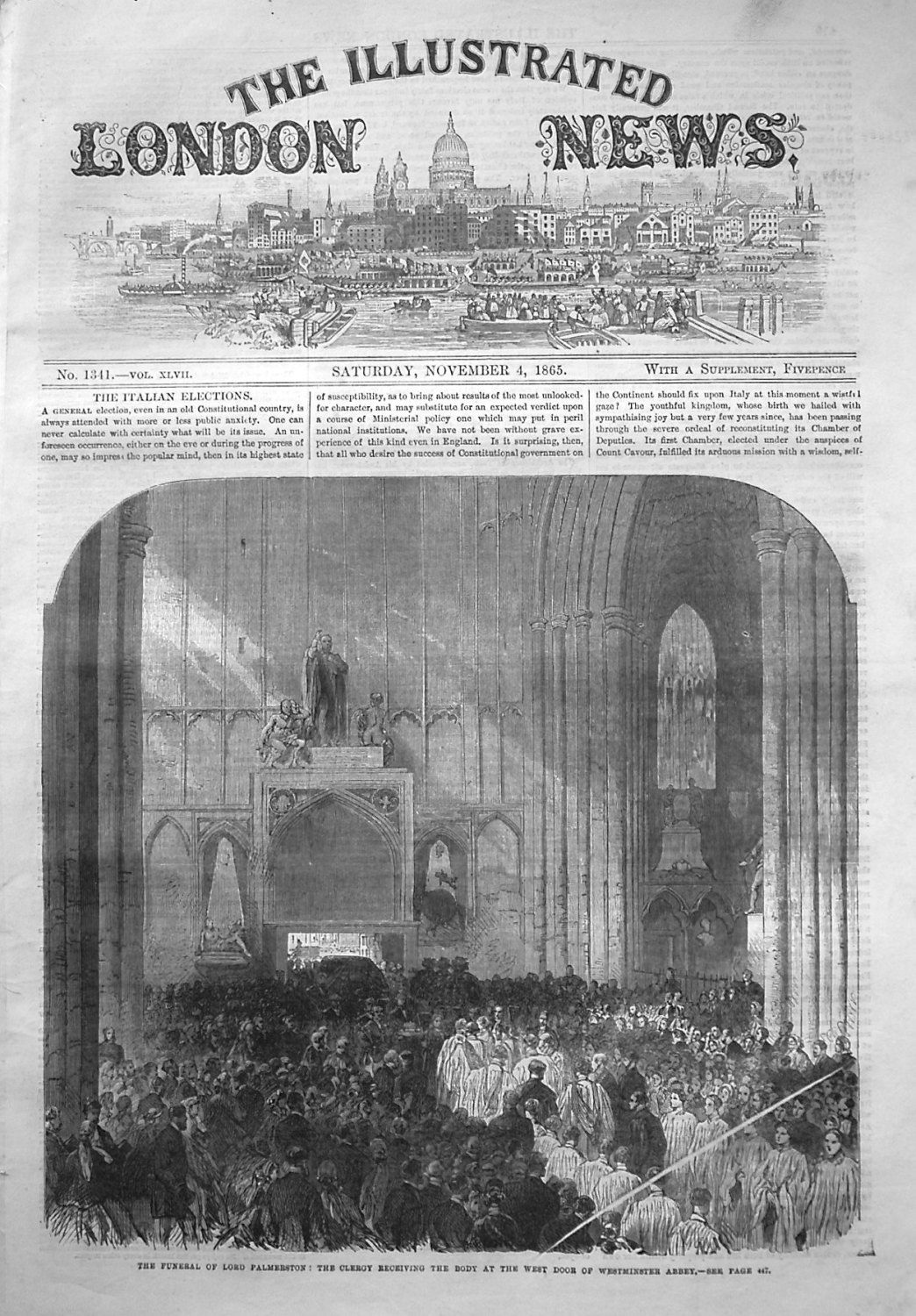 For Sale is an Edition of the Illustrated London News November 4th 1865. This Issue contains 12 Pages, 24 Sides, and has been taken from a Bound Volume.

Condition of Print is Bright and Clear, and pages contain hardly any Foxing.
Spine strengthened with Filmoplast Tape.

Articles.
1- The Italian Elections. (Front Page).
2- Foreign and Colonial Intelligence.
3- Metropolitan News.
4- Country News.
5- Births, Marriages, Deaths.
6- The Court.
a- The Prince and Princess of Wales.
b- The Crown Prince and Crown Princess of Prussia.
c- Prince and Princess Louis of Hesse.
7- Church and Universities.
8- Echoes of the Week.
9- The Farm.
10- Fine Arts.
a- Winter Exhibition at the Rooms of the Society of British Artists.
b- Winter Exhibition at the French Gallery, Pall-Mall.
11- National Sports.
12- Monetary Transactions of the Week.
13- The Markets.
14- Lord Palmerston.
15- Funeral of Lord Palmerston.
a- The Funeral Procession.
b- The Funeral Ceremony.
16- Tiverton, Devon.
17- Kelso, Roxburghshire.
18- The Cotton-Ship Glad Tidings at Liverpool.
19- The Eglinton Monument at Ayre.
20- The Combermere Monument at Chester.
21- Music.
22- The Theatres.
23- Obituary of Eminent Persons.
a- Viscount Gort.
b- The Dowager Viscountess Hardinge.
c- Egerton Leigh Esq.
d- Mr. Justice Compton.
24- Chess, with Problem No. 1132.
25- Wills and Bequests.