The Grand National Winners of the Present Century. 1909 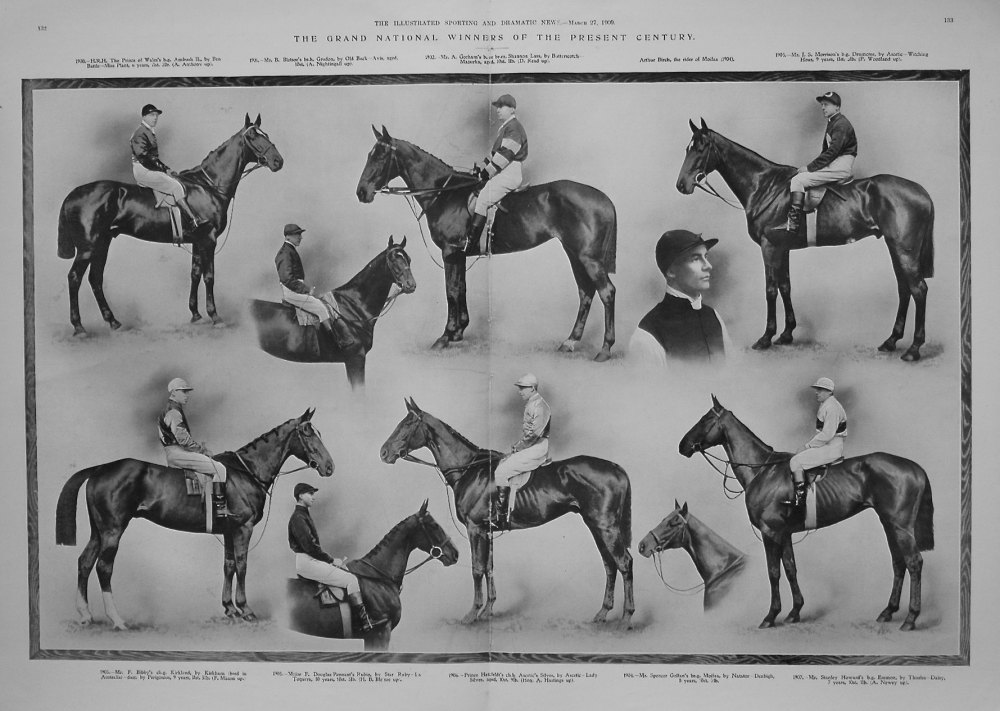 For Sale is a Double Page from the Illustrated Sporting and Dramatic News March 27th 1909, showing the following Photographs of "The Grand National Winners of the Present Century."

Condition of Print is Very Good, with binding holes showing. No Foxing.