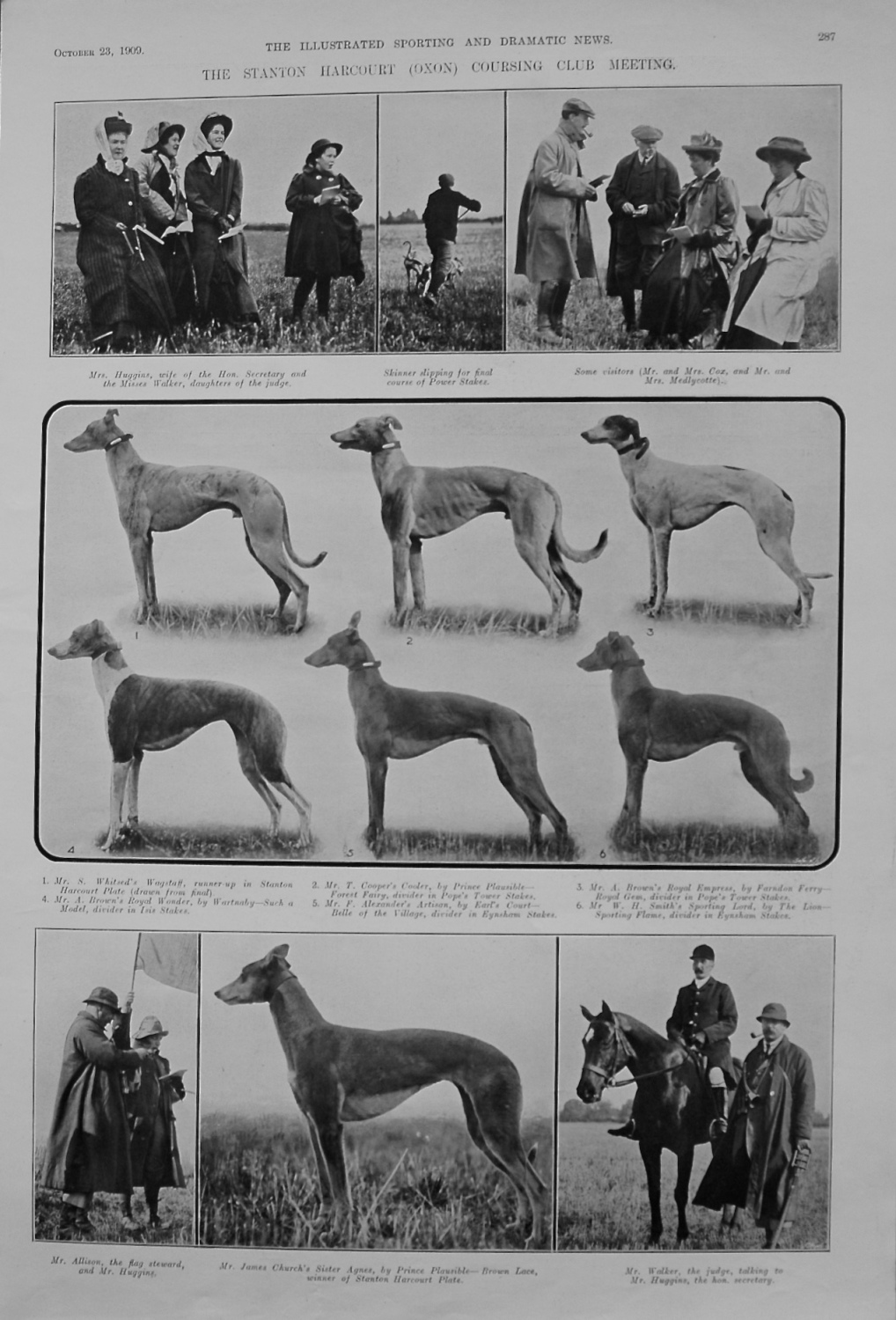 For Sale is a Full Page from the Illustrated Sporting and Dramatic News October 23rd 1909, showing the following photographs from the "Stanton Harcourt (Oxon) Coursing Club Meeting."