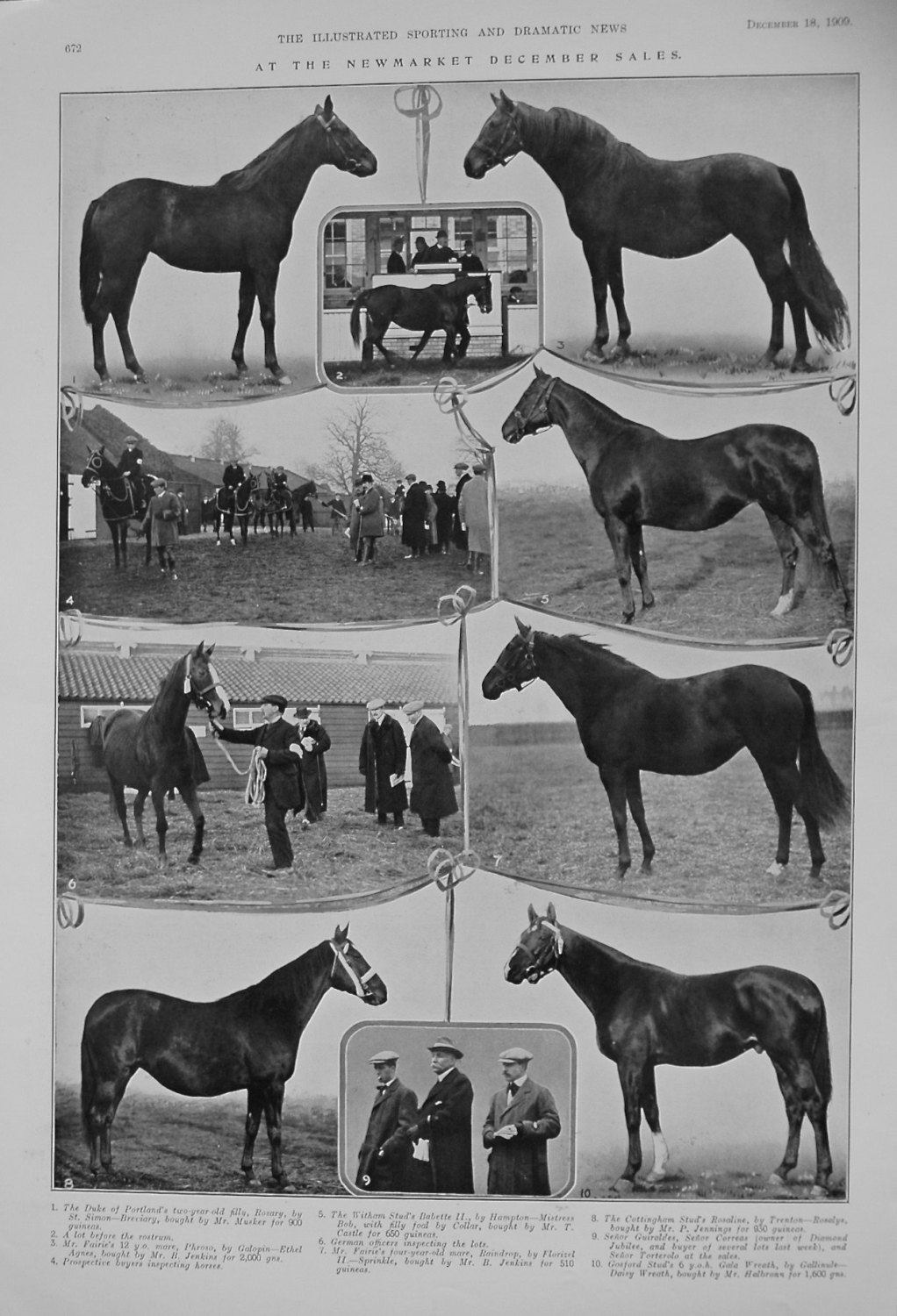 Reverse side shows a Full Page Print called "The Old Chaser," from a painting by George Wright.

Condition is Very Good, Bright and Clear, No Foxing.