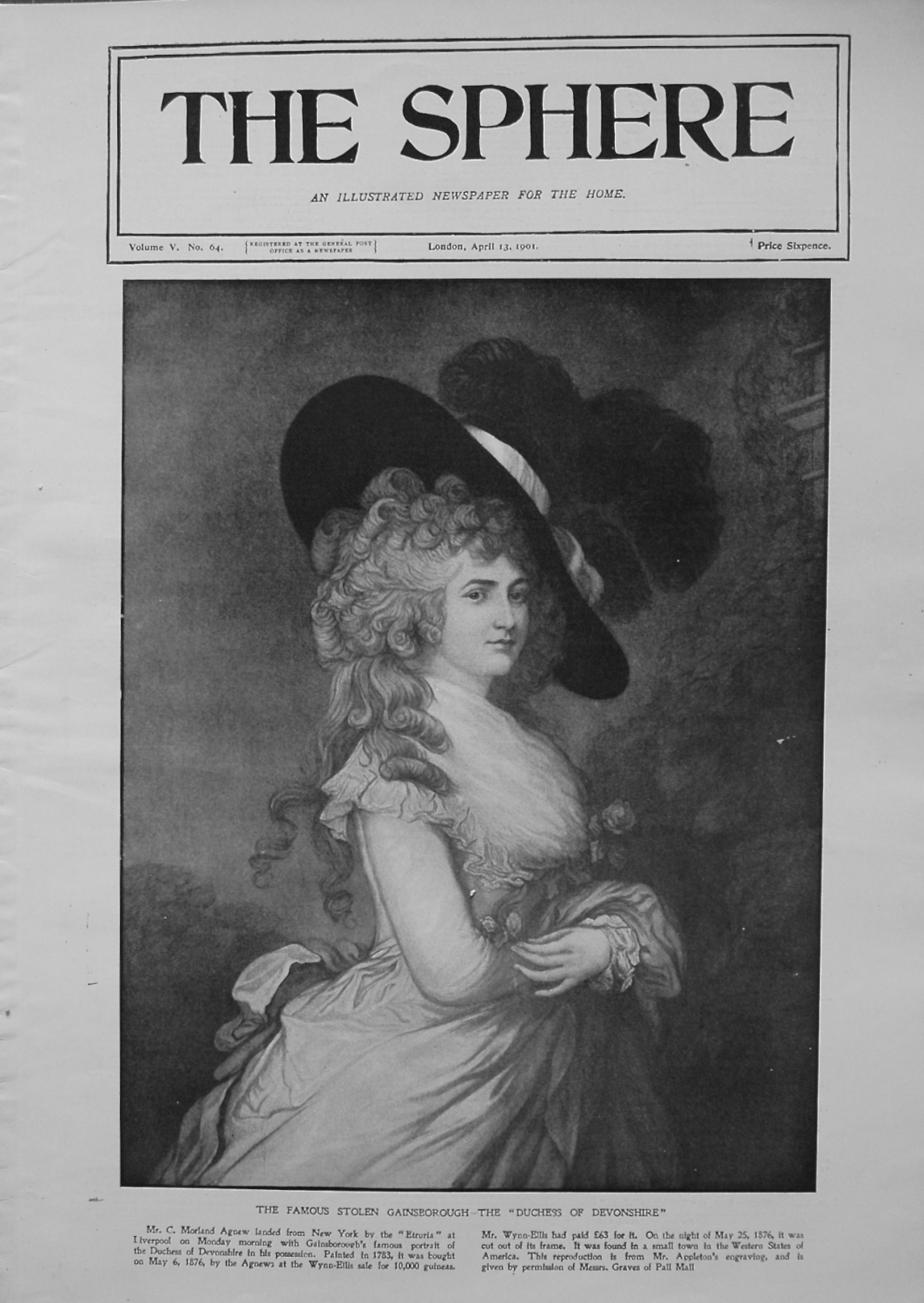 2- Weekly Article called "The Newsletter," which talks about London Week by Week.

4- Article with Photographs on "The Launch of the World's Biggest Vessel, the "Celtic"- The Colossus of the White Star Fleet.

7- Full Page Illustration drawn by Wil Paget called "A Battle of Flowers at Nice." Descriptive Text at bottom of page.

8- Photograph with Descriptive Text showing "How our Fleet Met at Malta to greet the Duke of Cornwall."

13- Full Page showing 2 Half Page Pictures from "The Marquis of Salisbury's Stately Home at Hatfield." from paintings by Arthur Rowe. Descriptive Text at bottom of page.

15- Full Page Portrait showing "The Retuen of Sir Henry Irving to the Lyceum." This is the great Actor's favourite Portrait of himself. Descriptive Text show beneath.

17- Full Page Photograph showing "Leopold II., King of the Belgians, who celebrated his Sixty-Sixth Birthday on Tuesday."
Descriptive Text at bottom of Page.

19- Article called "A Point of interest for the Duchess of Cornwall in Ceylon. By Edwin Pallander.

20- Small article on "The Vintners' of London."

21- Full Page picture showing  "The Vanishing of the Fairy Palace of the Paris Exhibition." Lowering the Famous Statue of "La Parisienne" from the summit of the Great Gateway of the Exhibition.
Descriptive Text at bottom of Page.

23- Article on "The Situation in China - The Position of the Allies."

24- Article with Photographs on "Malta's Warm and Brilliant Welcome to the Duke of York."

27- Article called 'Just Back From The Other Side." By Poultney Bigelow.
(Poultney having just returned from New York).