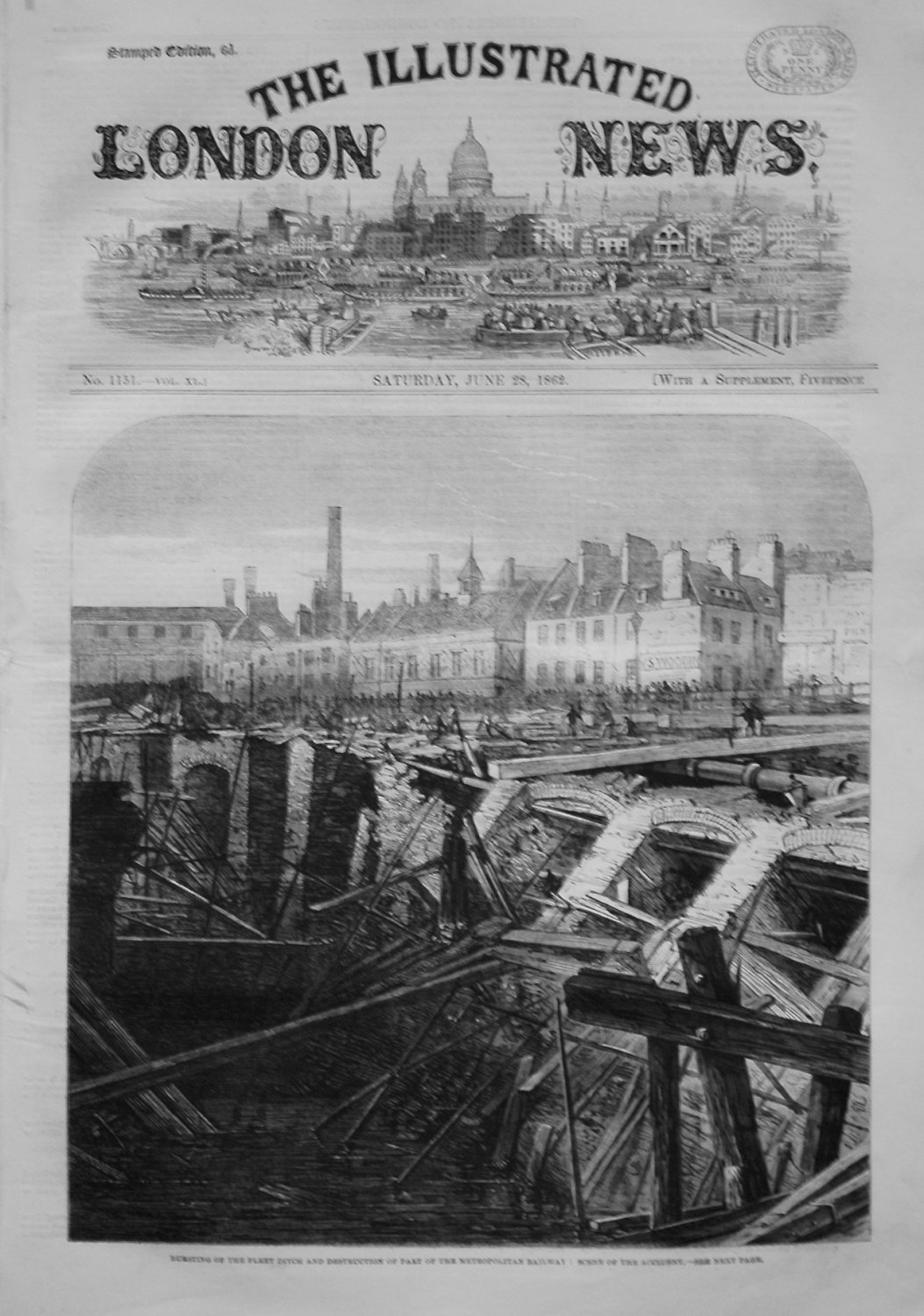 For Sale is an Issue of the Illustrated London News June 28th 1862. This Issue contains 12 Pages, 24 Sides, and has been taken from a Bound Volume, therefore the Binding holes are showing.


Engravings.
1- Front Page Engraving shows "Bursting of the Fleet Ditch and Destruction of Part of the Metropolitan Railway : Scene of the Accident."

8- Civil War in America : Midnight Storm on the Mississippi - Federal Flotilla at Anchor off Fort Pillow."

9- The Ascot Prize Plates. (Half Page Engraving.)
a- The Queen's Vase.
b- The Ascot Cup.
c- The Royal Hunt Cup.

10- Asteroid, Winner of the Ascot Cup. (Half Page Engraving.)

11- Choral Festival at Peterborough : The Choirs Singing the first Hymn at the Western Door of the Cathedral. (Half Page Engraving.)

14- The International Exhibition.
a- "Paul and Virginia," a Statuette Group, modelled by Robert Cauer.
b- Porcelain Figures Bearing a Flower-Basket, in the Austrian Court.
c- Bronze Statue of Wedgwood, by E. Davis.

18- 2 Half Page Engravings from "The International Exhibition."
a- Bohemian Glass, by Harrach and Hofmann, in the Austrian Court.
b- The Norwich Gates, by Barnard, Bishop, and Barnard.