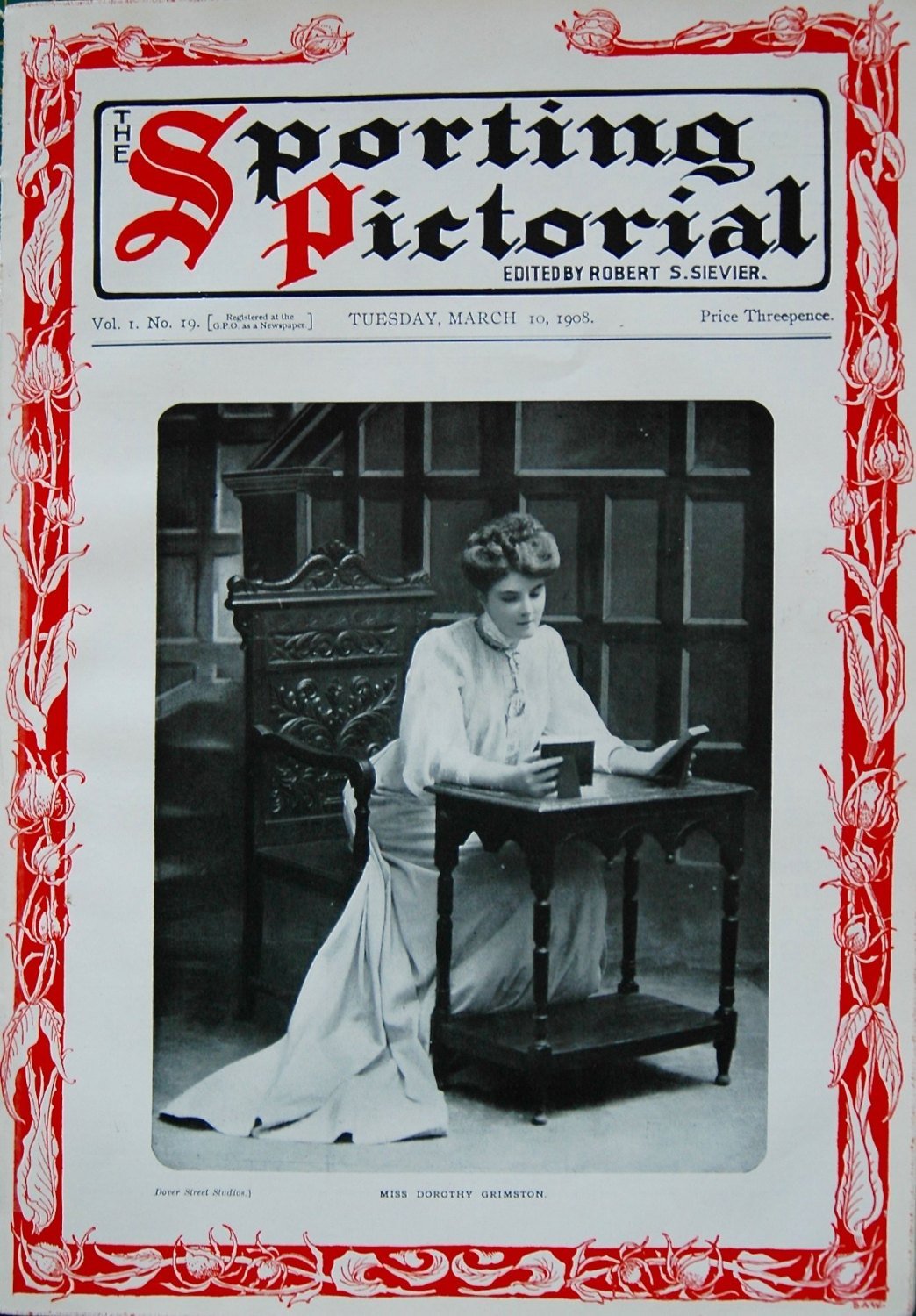 For Sale is an Issue of "The Sporting Pictorial," No. 19. March 10th 1908. This issue contains 14 Pages, 28 Sides, and has been taken from a Bound Volume.
Edited by Robert S. Sievier.
Illustrated by "The Snark."

3- The Weekly Article "Rod and Line." Written by Fred G. Shaw. : Fishing Reports.- The Salmon Season in England. With the following Photographs.
a- Shallow and Pool on the Lochy.
b- A Typical Frome Trout. Weight 3lb 6oz.
c- J. Knight, Keeper to the Dorchester Fishing Club.

4- The Weekly Article "On The Continent," written by Rouge-Et-Noir. - The Charms of Beaulieu-Sur-Mer.

9- The Weekly Article "Natural History and Sport." Written by F.G. Aflalo. The Racecourse. With the following Photographs.
a- A Match at Newmarket : From an Old Print.
b- Mr. T.L. Bennetts ch. g. "Sermon" (1906).

14- The Weekly Article "At The Varsities," by Gog - Magog. Showing a Photograph of the Cambridge Crew starting a fast Paddle.

15- Article called "Our Indian Letter." Written by our own Correspondent.