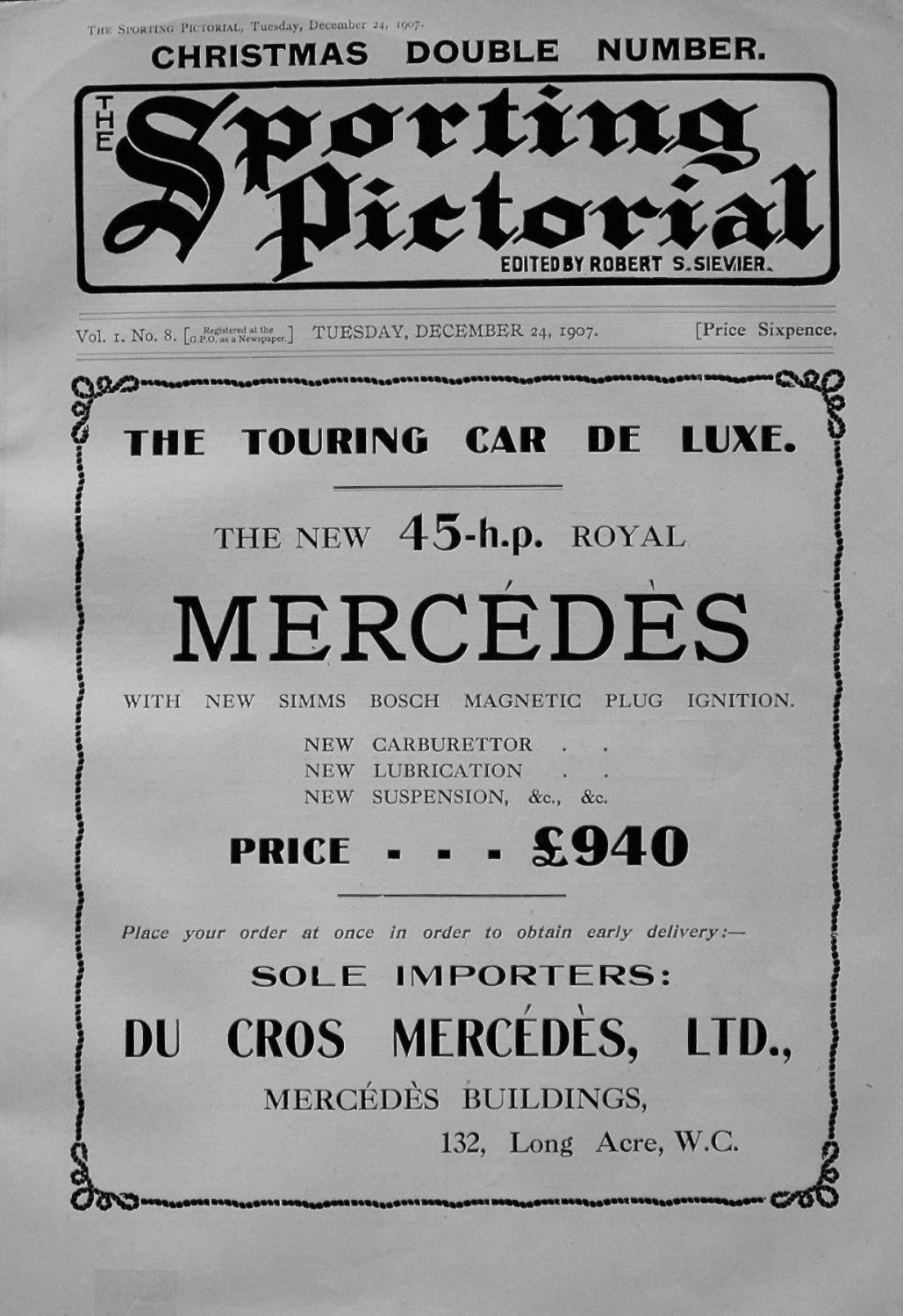 For Sale is an Issue of "The Sporting Pictorial," N. 8. December 24th 1907. This Issue contains 24 Pages, 48 Sides, and has been taken from a Bound Volume.
Edited by Robert S. Sievier.
Illustrated by "The Snark."

2- The Weekly Article "Powder and Shot." Written by Right and Left.

9- The Weekly Article "On The Continent." Written by Rouge-et-Noir. - "Winter Resorts in Switzerland : Sports and Attractions." With the following Photographs.
a- The Scotch Curlers at Kandersteg.
b- The Hotel Berthod Rink at Chateau D'oex.
c- Skating at the Palace Hotel, Caux.
d- Start of Ladies' Race at Villars.

11- Article called "A Bonapartist Marriage." Written by Rouge-et-Noir. An Article on the Marriage of Prince George of Greece to Princess Marie, only Child of Prince Roland Bonaparte, who is the Grandson of Lucien, youngest brother of the Great Napoleon.

15- Article on "Falconry." Written by J. C. Bristow-Noble. With the following Photographs.
a- A Field Cadge with Falcons.
b- Mr. C. E. Radclyffe and His Falcon. "Black Lady."
c- Hawks on Blocks.
d- Casting off a Falcon from the Fist.
e- Goshawk on Pigeon.

22- Article on the "Polo and Riding Pony Society."

23- The Weekly Article "At The Varsities." Written by Gog - Magog.

24- The Weekly Article "Our Indian Letter." Written by our own Correspondent.