Shop Home > PERIODICALS > The Illustrated News of the World 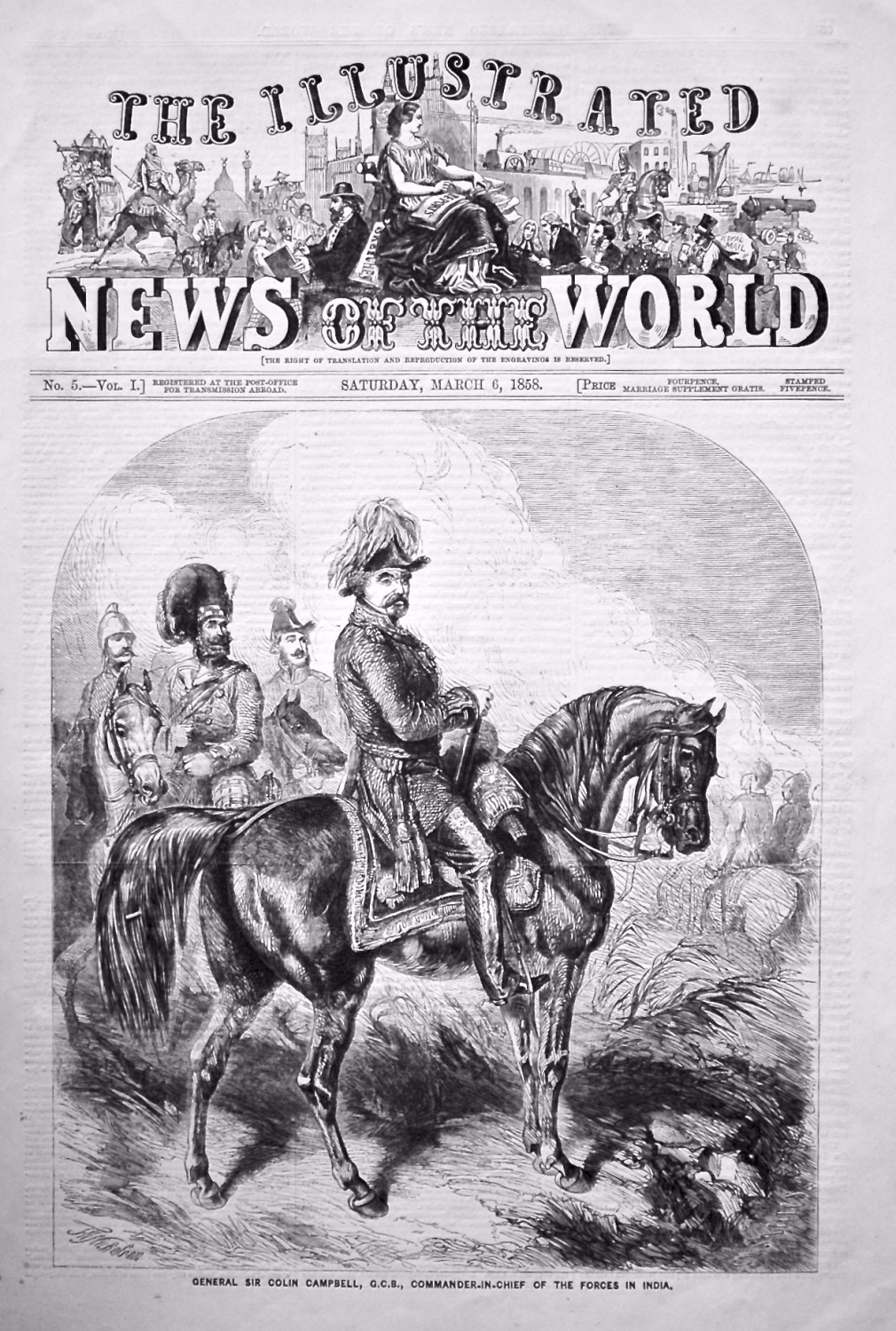 For Sale is an Issue of "The Illustrated News of the World, March 6th, 1858." This issue contains 8 Pages, 16 Sides, and shows the Following Articles and Engravings.

Engravings.
1- General Sir Colin Campbell, G.C.B., Commander-In-Chief of the Forces in India.
2- Temporary Residence of Prince Frederick-William of Prussia, Berlin.
3- The British Legation at Berlin Illuminated.
4- Stolzenfels, on the Rhine. (The Suburban Residence of the king of Prussia)
5- The New Palace of Prince Frederick-William of Prussia, Berlin.
6- Mademoiselle Rachel,- After a Photograph by Mayer Brothers.
7- The Flower Girl,- After Murillo, in the Dulwich Collection.
8- Fashions for March.
9- The Right Hon. T. M. Gibson M. P.
10- The Centenary Festival of the Orphan Working School, at the London Tavern, Feb. 27, 1858.
11- The Orphan Working School, Maitland Park, Haverstock Hill.
12- The Monster Crinoline, from the Carnival at Turin.