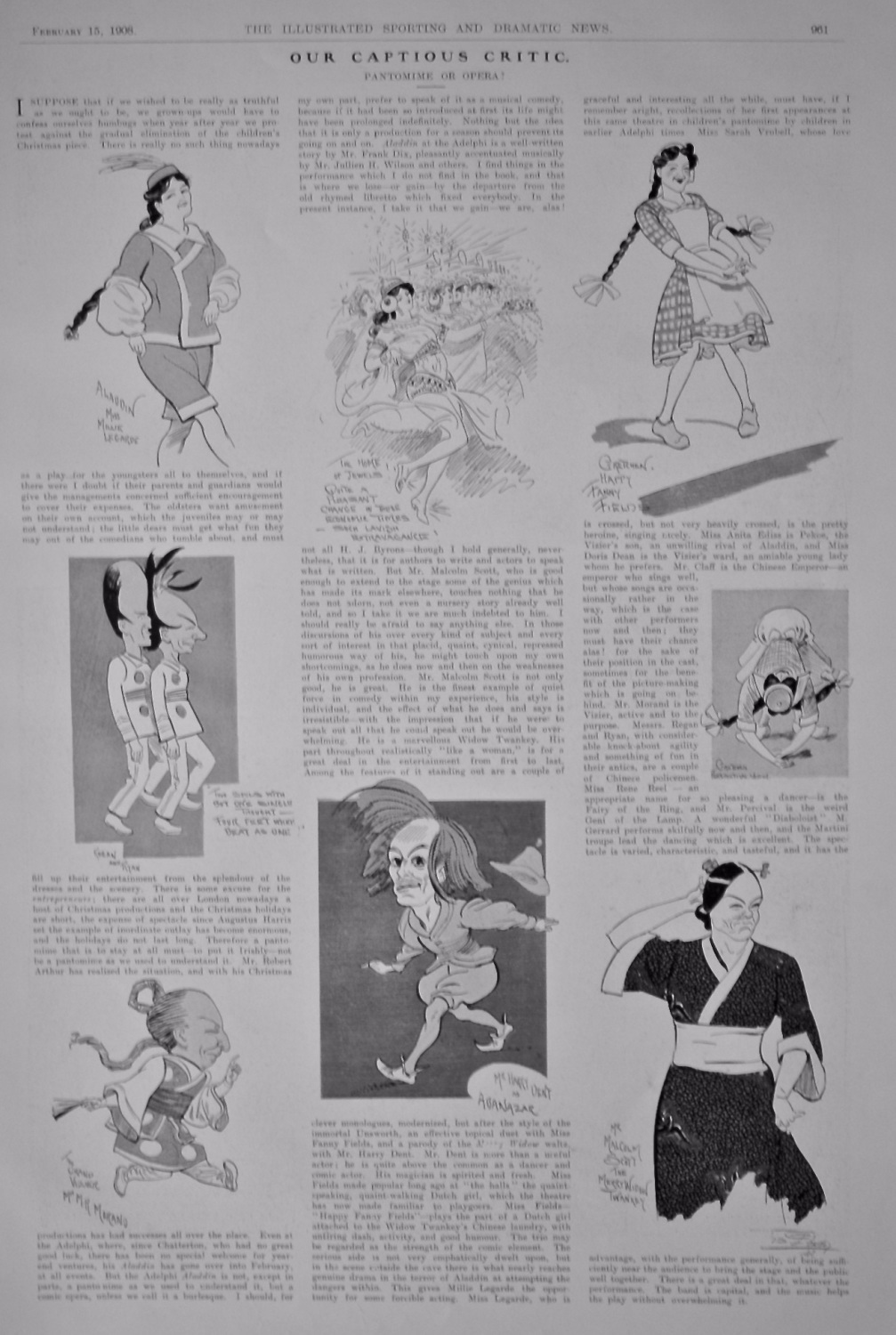 For Sale is a Full Page from "The Illustrated Sporting and Dramatic News, February 15th, 1908," called "Our Captious Critic," showing a Review called "Pantomime or Opera ?."
(Illustrated by Thomas Downey.)

Reverse side shows Photographs of the Following Actors and Actresses on the Stage at this time.

a- Miss Barbara Deane, who recently left the company of "The Gay Gordons," at the Aldwych Theatre, and married Mr. Basil Loder of the Coldstream Guards.
2- Miss Lelia Roze, who appears as Prince Charming in "Honeyland," at the London Hippodrome.
3- Miss Vivienne West, who recently appeared in "When Knights were Bold," at Wyndham's Theatre.
4- Miss Lilian Burns, who appears in "The Gay Gordons," at the Aldwych Theatre.
5 & 6. "Peg Woffington," at the Coliseum. Miss Mabel Hackney (Mrs. Lawrence Irving), and Mr. Lawrence Irving, with the Misses Crisp, in the sketch "Peg Woffington," due at the London Coliseum on Monday next.
7- Miss Evelyn Hope and Mr. Gilbert Clarke, in Shakespearean plays, with Mr. F. R. Benson's company on tour.