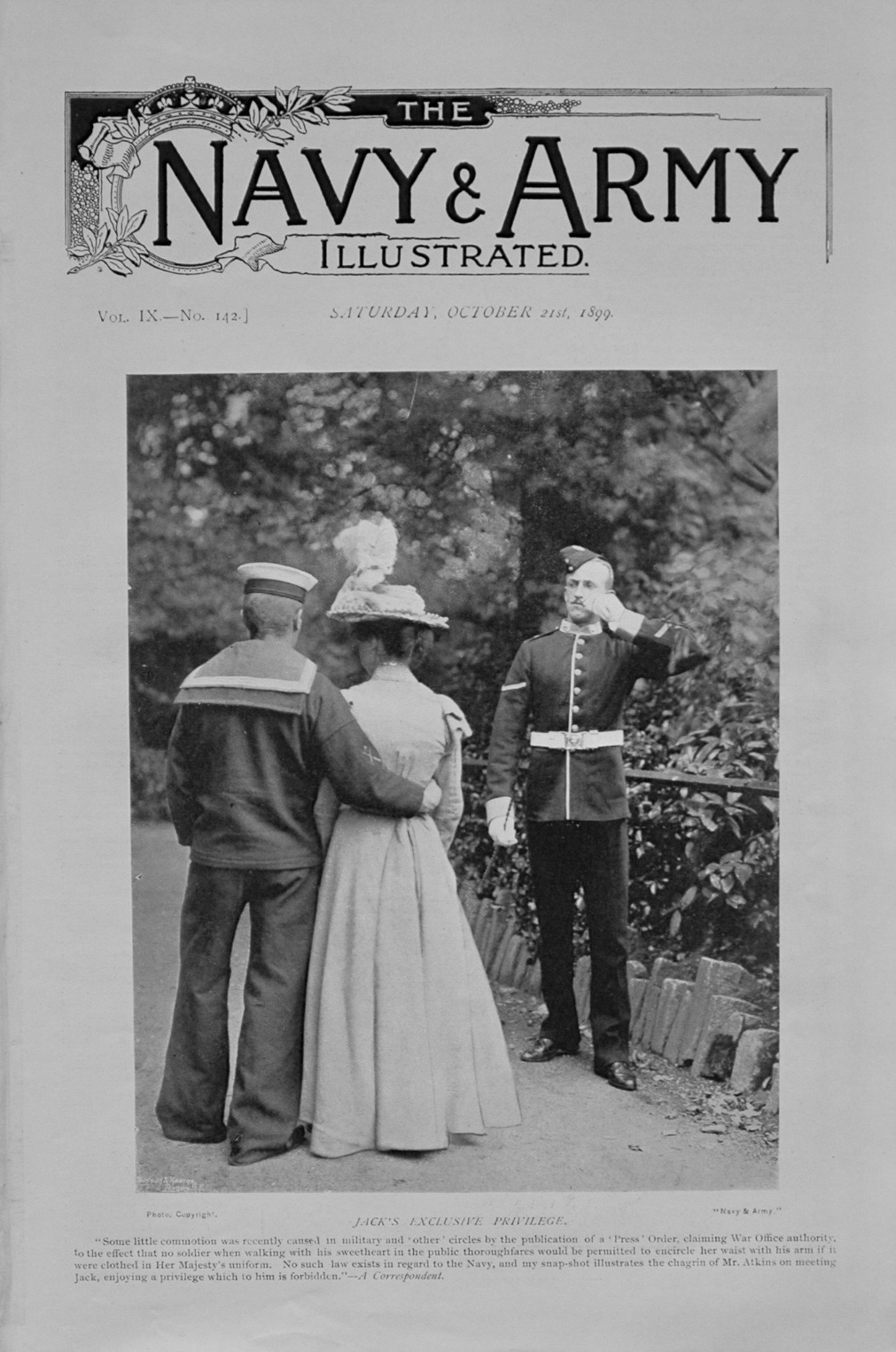 For sale is an issue of "Navy & Army Illustrated, October 21st, 1899."  This issue has been removed from a disbound volume and has some repair to the spine where the binding was, also some loose pages.  Overall condition is good.