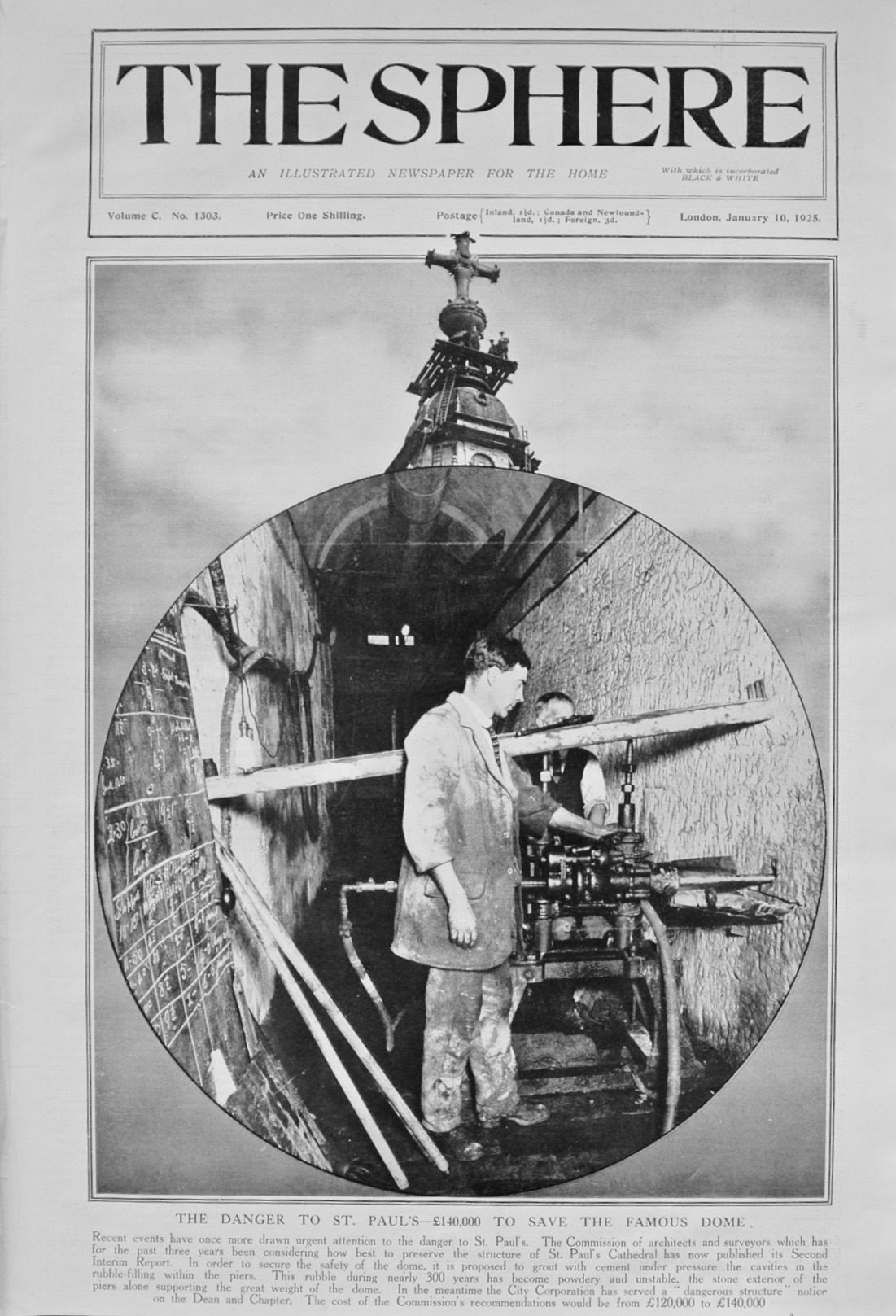 For sale is a copy of The Sphere, January 10, 1925.  This was removed from a disbound volume and some repair to the spine where the binding was.  Overall condition is good.

3.  Home News of the Week in Pictures:  The Coming of the Motor Ship, Tiny Boa Constrictors at Olympia, The Duke and Duchess of York.

5.  England Waterlogged - Floods reported from all parts as the result of the recent heavy rains - Pictures and article.

6.  Through a Londoner's Window by Alan Bott.

7.  At work again at UR of the Chaldees (article and photos)

8.  A Literary Letter:  The Solidarity of Book-Collecting - article

9.  "The Sphere" surveys the world (pictures and article)

10.  A Winter Sports holiday in Switzerland - some new pictures from a few of the many famous resorts. (pictures and article)

11.  The Play's, The Thing by Herbert Farjeon

12.  "Say, what abridgement have you for this evening?" - The Great Palace Scene in "A Midsummer Night's Dream" at Drury Lane (pictures and article)

13.  The New Year at the Albert Hall - How the Chelsea Arts Revellers welcomed the Infant 1925 - and a picturesque scene at Olympia - (pictures and article)

14.  A Night at the Ringside - The Noble Art of Fisticuffery by J.B. Priestly

15.  The truth about Bohemian London by W. R. Titterton

16.  How the position of "Big Bertha" was located - An Abbe's research laboratory in Paris, and the instruments with which he made the discovery. (pictures and article)

17.  English Art of the Eighties and Nineties (pictures and article)

18.  The Warehouse of the World - The Up-river docks of London by H. M. Tomlinson

19.  A New Era in Telegraphy - A wonderful machine which sends typed messages over a distance of 5,000 miles in a few minutes. (pictures and article)

20.  Popoffkas and the early Iron Clads by Bassett Digby

21.  An Historic Abbey Gatehouse for Leeds - An Adam bridge in the Adelphi preserved - Hampstead's Oldest House (pictures and article)

24.  The Ring-Railed Lemurs - A page of animal pictures, including the latest acquisitions at the zoo.

25.  The Woman's Sphere by Marjorie