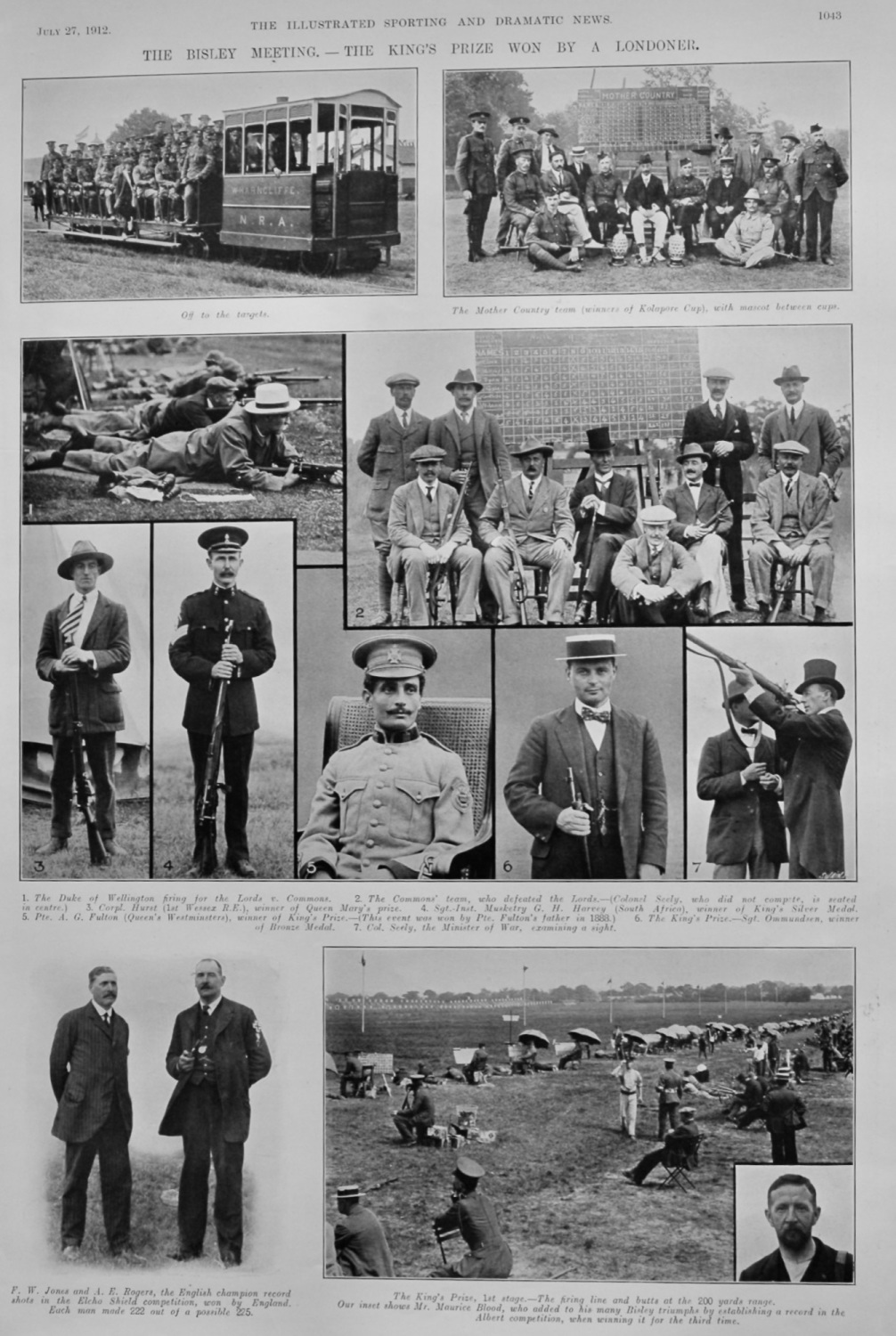 For Sale is a Full Page removed from "The Illustrated Sporting and Dramatic News, July 27th, 1912," showing the Following Photograph's from "The Bisley Meeting.- The King's Prize won by a Londoner."

a- Off to the targets.
b- The Mother Country team (winners of Kolapore Cup), with mascot between cups.
c- The Duke of Wellington firing for the Lords v. Commons.
d- The Commons' team, who defeated the Lords.- (Colonel Seely, who did not compete, is seated in centre.)
e- Corpl. Hurst (1st Wessex R.E.), winner of Queen Mary's prize.
f- Sgt.-Inst. Musketry G. H. Harvey (South Africa), winner of King's Silver Medal.
g- Pte. A. G. Fulton (Queen's Westminsters), winner of King's Prize.-  (This event was won by Pte. Fulton's father in 1888.)
h-The King's Prize.- Sgt. Ommundsen, winner of Bronze Medal.
i- Col. Seeley, the Minister of War, examining a sight.
k- F.W. Jones and A. E. Rogers, the English champion record shots in the Elcho Shield competition, won by England. Each man made 222 out of a possible 225.
l- The King's Prize, 1st. stage.- The firing line and butts at the 200 yards range.
m- inset shows  a portrait of Mr. Maurice Blood, who added to his many Bisley triumphs by establishing a record in the Albert competition, when winning it for the third time.