"Tantrums," by Frank Stayton, at the Criterion Theatre. 1912. 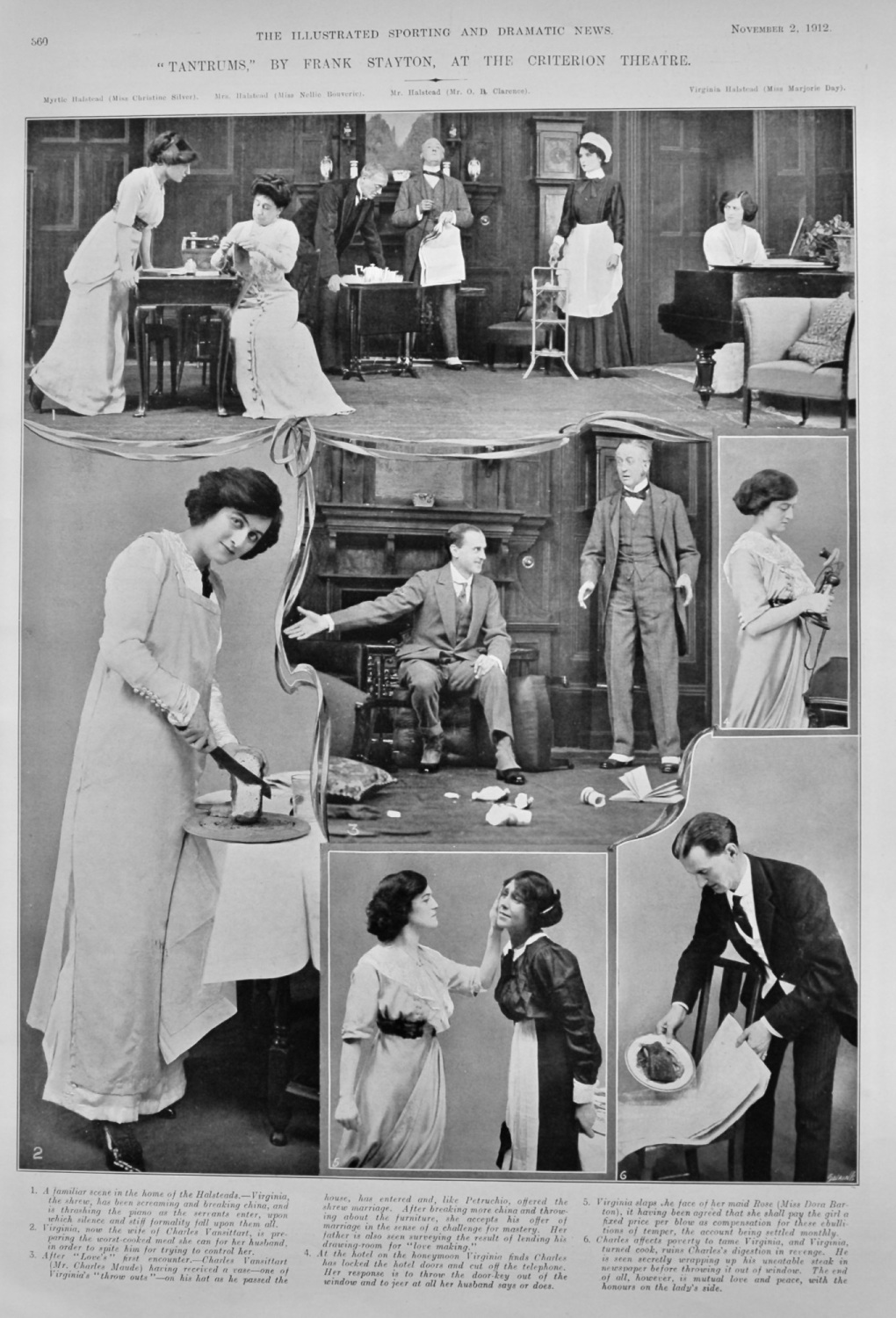 For Sale is a Full Page removed from "The Illustrated Sporting and Dramatic News, November 2nd, 1912," showing the Following 6 Photographs from "Tantrums," by Frank Stayton, at the Criterion Theatre."

1- A familiar scene in the home of the Halsteads.- Virginia, the shrew, has been screaming and breaking china, and is thrashing the piano as the servants enter, upon which silence and stiff formality fall upon them all.
2- Virginia, now the wife of Charles Vansittart, is preparing the worst-cooked meal she can for her husband, in order to spite him for trying to control her.
3- After "Love's" first encounter.- Charles Vansittart (Mr. Charles Maude) having received a vase-one of Virginia's "throw-outs"-on his hat as he passed the house, has entered and, like Petruchio, offered the shrew marriage.  After breaking more china and throwing about the furniture, she accepts his offer of marriage in the sense of a challenge for mastery.  Her Father is also seen surveying the result of lending his drawing-room for "love making."
4- At the hotel on the honeymoon Virginia finds Charles has locked the hotel doors and cut off the telephone.  Her response is to throw the door-key out of the window and to jeer at all her husband says and does.
5- Virginia slaps the face of her maid Rose (Miss Dora Barton), it having been agreed that she shall pay the girl a fixed price per blow as compensation for these ebullitions of temper, the account being settled monthly.
6- Charles affects poverty to tame Virginia, and Virginia, turned cook, ruins Charles's digestion in revenge. He is seen secretly wrapping up his uneatable steak in newspaper before throwing it out of window.  The end of all, however, is mutual love and peace, with the honours on the lady's side.