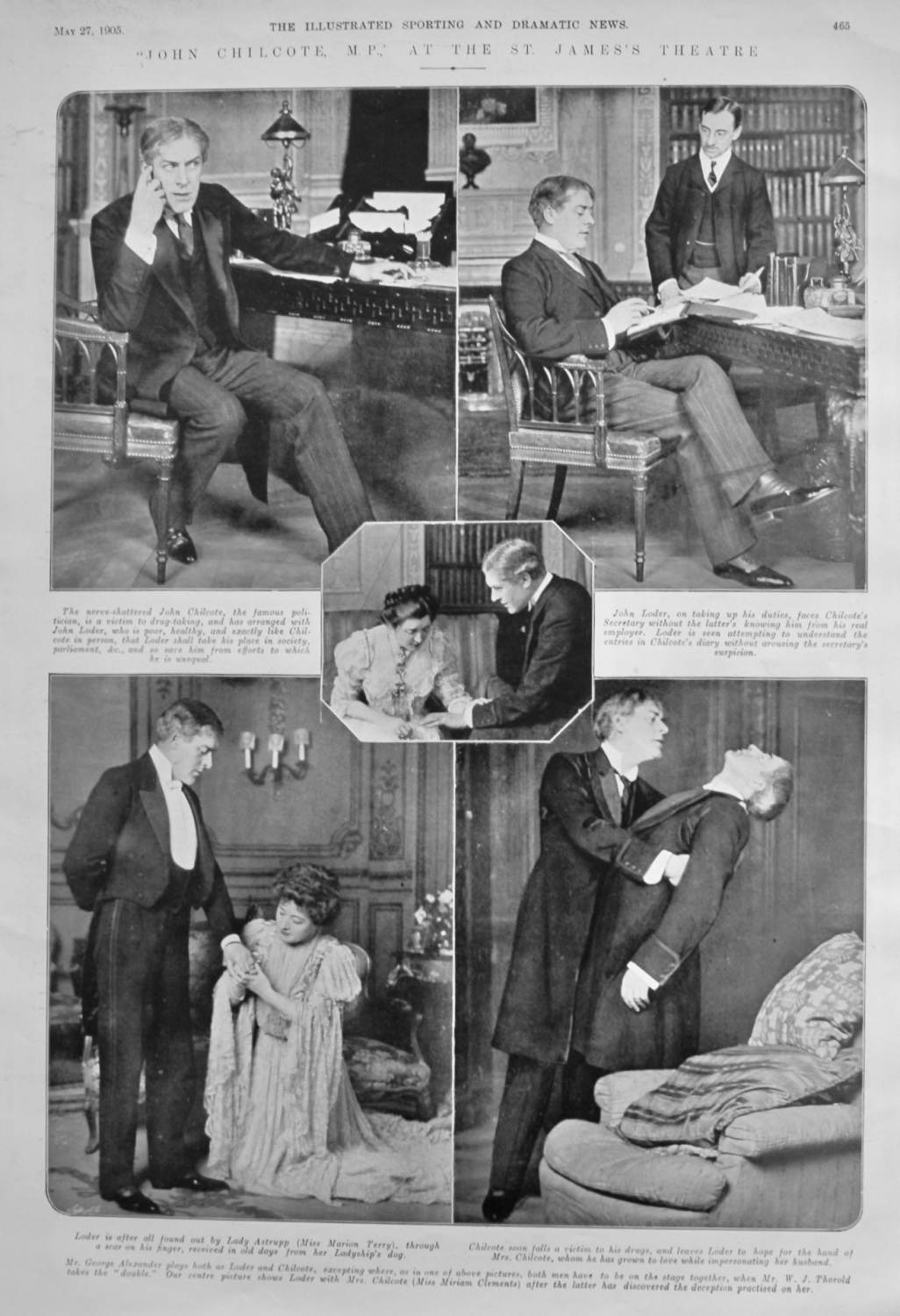 1- The nerve -shattered John Chilcote, the famous politician, is a victim to drug-taking, and has arranged with John Loder, who is poor, healthy, and exactly like Chilcote in person, that Loder should take his place in society, parliament, &c., and so save him from efforts to which he is unequal.
2- John Loder, on taking up his duties, faces Chilcote's Secretary without the latter's knowing him from his real employer.  Loder is seen attempting to understand the entries in Chilcote's diary without arousing the secretary's suspicion.
3- Loder with Mr. Chilcote (Miss Miriam Clements) after the latter has discovered the deception practised on her.
4- Loder is after all found out by Lady Astrupp (Miss Marion Terry), through a scar on his finger, received in old days from her Ladyship's dog.
5- Chilcote soon falls a victim to his drugs, and leaves Loder to hope for the hand of Mrs. Chilcote, whom he has grown to love while impersonating her husband.

Mr. George Alexander plays both as Loder and Chilcote, excepting where, both men have to be on the stage together, when Mr. W. J. Thorold takes the "double."