The Close of the Billiard Season.- Some Prominent Professionals. 1906. 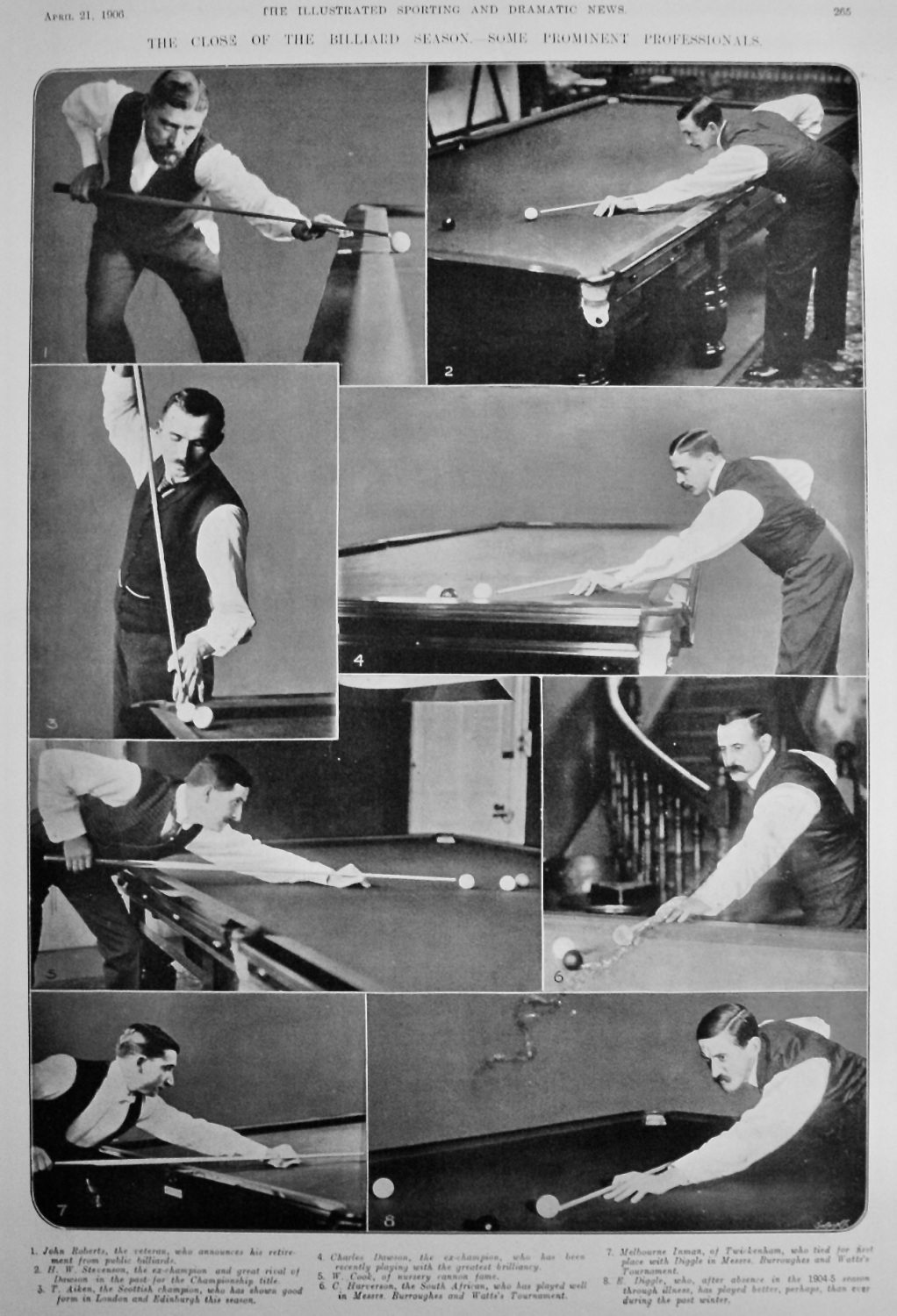 For Sale is a Full Page removed from "The Illustrated Sporting and Dramatic News, April 21st, 1906," showing the Following 8 Photographs for "The Close of the Billiard Season.- Some Prominent Professionals."

a- John Roberts, the veteran, who announces his retirement from public billiards.
b- H. W. Stevenson, ex-champion and great rival of Dawson in the past for the Championship title.
c- T Aiken, the Scottish champion, who has shown good form in London and Edinburgh the season.
d- Charles Dawson, the ex-champion, who has been recently playing with the greatest brilliancy.
e- W. Cook, of nursery cannon fame.
f- C. Harverson, the South African, who has played well in Messrs. Burroughes and Watts's Tournament.
g- Melbourne Inman, of Twickenham, who tied for first place with Diggle in Messrs Burroughes and Watts's Tournament.
h- E. Diggle, who, after absence in the 1904-5 season through illness, has played better, perhaps, than ever during the past winter.