"The Superior Miss Pellender," by Sidney Bowkett, at the Waldorf Theatre. 1906. 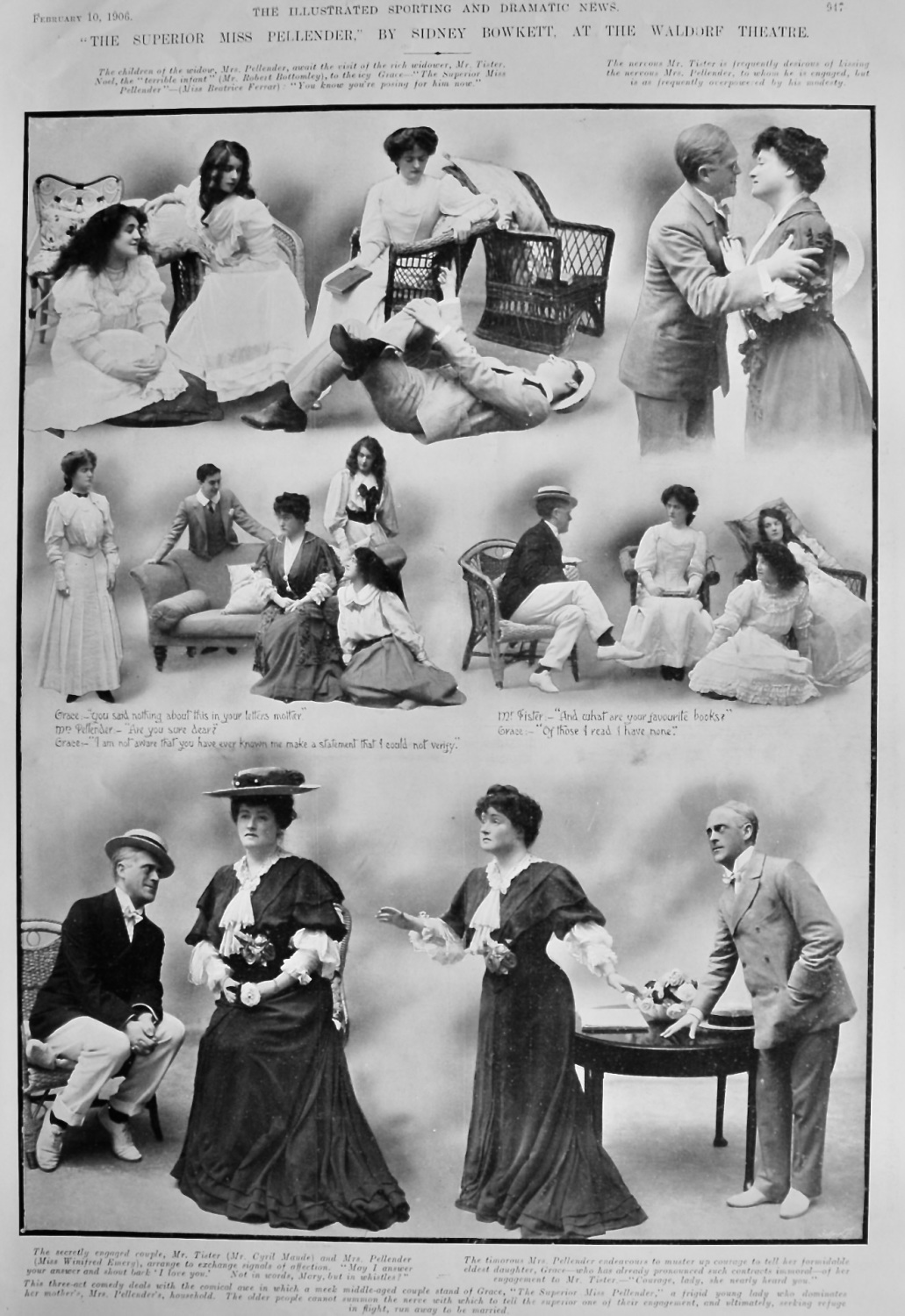 For Sale is a Full Page removed from "The Illustrated Sporting and Dramatic News, February 10th, 1906," showing the Following 6 Photographs for "The Superior Miss Pellender," by Sidney Bowkett, at the Waldorf Theatre."

This three-act comedy deals with the comical awe in which a meek middle-aged couple stand of Grace," The Superior Miss Pellender," a frigid young lady who dominates her mother's, Mrs. Pellender's household.  The older people cannot summon the nerve with which to tell the superior one of their engagement, and ultimately, seeking refuge in flight, run away to be married.

a- The children of the widow, Mrs. Pellender, await the visit of the rich widower, Mr. Tister.  Noel, the "terrible infant" (Mr. Robert Bottomley), to the icy Grace- "The Superior Miss Pellender"- (Miss Beatrice Ferrar) : "You know you're posing for him now."

c- Grace :- "You said nothing about this in your letters mother."
Mrs. Pellender :- "Are you sure dear?"
Grace :- I am not aware that you have ever known me make a statement that i could not verify."

e- The secretly engaged couple, Mr. Tister (Mr. Cyril Maude) and Mrs. pellender (Miss Winifred Emery), arrange to exchange signals of affection.  "May i answer your answer and shout back 'I Love You.'  Not in words, Mary, but in whistles?"

f- The timorous Mrs. Pellender endeavours to muster up courage to tell her formidable eldest daughter, Grace-who has already pronounced such contracts immoral-of her engagement to Mr. Tister.- "Courage, Lady, she nearly heard you."