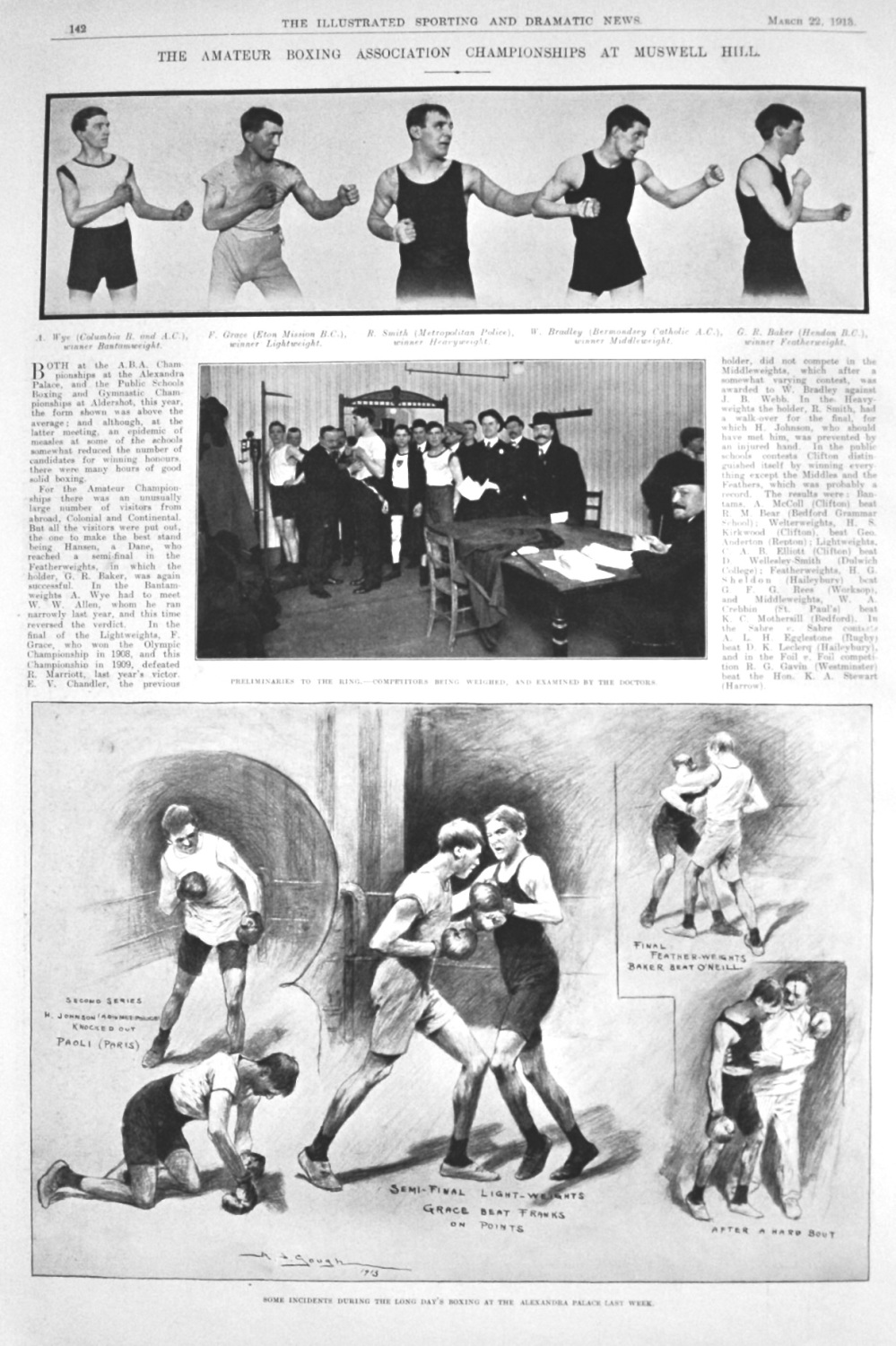 For Sale is a Full Page removed from "The Illustrated Sporting and Dramatic News, March 22nd, 1913," showing an Article with the Following Photographs and Illustrations for "The Amateur Boxing Association Championships at Muswell Hill."

By defeating Scotland by a try to nil at Twickenham last Saturday England won the "Triple Crown," having in turn beaten Ireland, Wales, and Scotland.  South Africa, it is true, beat everybody, but these were "irregular" inter nationals, and are ignored, as are the matches with France, the British Isles contests being the ones considered in this connection.  An enormous crowd gathered, in brilliant weather, on the Rugby Union ground last Saturday.

a- Loudoun Shand, though badly crocked and not much more than an assistant full back in the Second Half, puts up a big defence.
b- King sports an Aesthetic Cherry and Buff Headstall (which adds greatly to the general joy.)
c- Handing off like that of Coates has not been seen for years.
d- Turner the Scottish Captain.
e- Wodehouse the English Captain.
f- Sutherland.
g- Smart.
h- Oakeley at the Base of the Scrum.
i- There was something quite touching about the number of beautiful passes that Tarr gave to Low.
j- The Only Score.